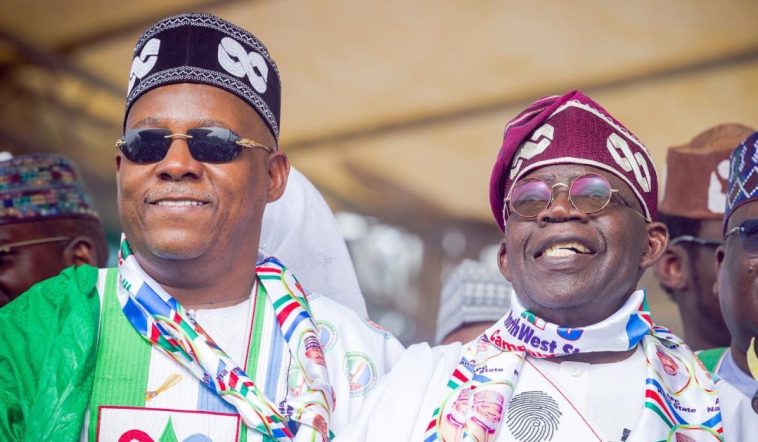 Speaking at the banquet for President Muhammadu Buhari, who visited Lagos to inaugurate the Lagos deep sea port on Monday night, the former Borno State Governor urged Nigerians to look at the bigger future while assessing the readiness of the candidates.

“We are not asking Nigerians to turn down critical assessment of their leaders. But we want them to look at the larger picture.

“We are not preparing for (the) Olympics. But for an institution that thrives on the superiority of ideas and established track record.”

Despite the inflation, scarcity of fuel and food, and insecurity in all regions, Mr. Shettima urged Nigerians to vote for candidates who will sustain the legacies of President Muhammadu

“I will urge you all to vote for the one that would sustain the legacies of President Muhammadu Buhari; for someone who has the integrity, the character, and the skillsets to catapult this nation to a higher pedestal.”

On Sunday, while decamping, an APC chieftain and member of the party’s presidential campaign council, Naja’atu Muhammad, dumped Mr. Tinubu on claims that he is unfit to run for president.

“I sat with him for two hours in London; when you talk of green, he will give you an answer of red. He can’t even decipher. He has very serious dementia; I believe he has Alzheimer’s because he cannot even hold a cup of tea,” Ms. Muhammad told DCL Hausa a day after she dumped the APC.