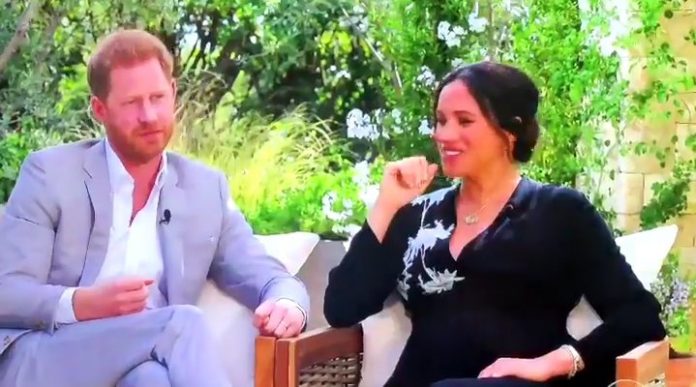 Watch An Officer and a Gentleman, And You Will Understand Meghan Markle

The Meghan and Harry interview proved to me that a large percentage of people are very emotional and are prepared to believe the worst things without the least proof until they become the victim of unsubstantiated stories, at which point we will hear things like ‘this life’, ‘people are wicked’.

An unsubstantiated claim means a claim or allegation, which could be true or false because it is not supported by evidence.

I use to be very naive until I became a Presidential spokesman and thus suddenly was the target of unsubstantiated allegations. Some of which is that I stole government money, bought a billion naira house at Asokoro (a highbrow neighbourhood of Abuja), and that Linda Ikeji was my girlfriend, and that I set her up in business.

The main individual behind these smears against me is now enjoying a bromance he does not like with Muhammadu Buhari.

As Mark Twain once said, a lie will fly around the whole world while the truth is getting its boots on. 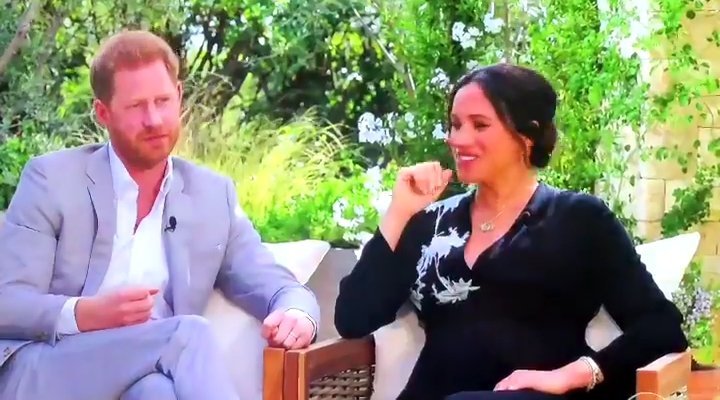 That Meghan and Harry interview, in my opinion, was propaganda by a skilled manipulator. Why do I say this?

Manipulators love crisis because, in crises, they do their best work. And where there is no crisis, they will contrive one, And how do you know a manipulator? You look at their previous relationships.

Meghan has a family. What was her relationship with her biological father? I do not want to repeat some of the things he said about her, but it is sufficient to say he lives as a broken man.

What about her sister? She was her tale of woe about Meghan. And her tales are too sordid, so I will not repeat them.

She was married before. Why did that relationship crash? The man has his own story, but let us give Meghan the benefit of the doubt.

The Sussexes got married on May 19, 2018, and they announced their decision to split from the British Royal Family on January 8, 2020. 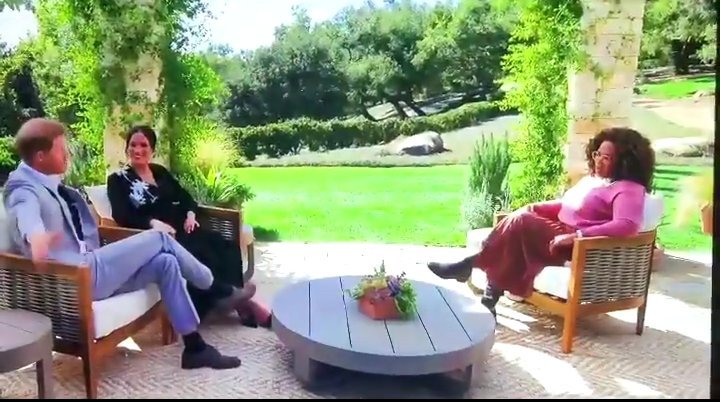 So in 18 months, Meghan went through this unbearable hell? Well, it is possible. But when you examine their Oprah interview, their main grouse about the royal family is that they refused to protect them from the media even though the ‘firm‘, as Meghan calls the court of Queen Elizabeth II, protected other members of the royal family.

I schooled in England. And I have been a constant visitor to the UK since I was 12 years old. Any unbiased watcher of the British press knows that the Queen cannot even protect herself from the British media, talk less of protecting others.

The British press has made mockeries, caricatures, and been so mean spirited to the Queen, that she described 1992 as an “annus horribilis”, saying further that “1992 is not a year on which I shall look back with undiluted pleasure”.

Why did the Queen say that? Because the British press had excoriated her and her family with one contrived or real scandal after the other.

Look at how she had to throw her son, Prince Andrew, under the bus, last year, over his links with the disgraced Jeffrey Epstein. If she was so powerful, why did she not save Andrew from the British media?

Meghan Markle is older than Prince Harry and more experienced. She knew what she wanted.

Look at how the two of them threw up charges of racism because someone in the royal family discussed what complexion their baby would be. This may or not have happened. But let us assume it did. To say that her son, Archie, was denied a princely title because of his skin colour is just not true.

Her son was never going to be a Prince, except Prince Charles ascends to the throne. It is not a birthright, as she claimed. She probably was not aware of the 1917 law proclaimed by George V on this issue. That protocol reads:

“The grandchildren of the sons of any such Sovereign in the direct male line (save only the eldest living son of the eldest son of the Prince of Wales) shall have and enjoy in all occasions the style and title enjoyed by the children of dukes of this realm.”

What the above means is that only Prince Williams’s children (being the direct male line), are eligible for the title of a Prince.

I think Meghan married Harry because she thought her children from the marriage would be princes and princesses.

If you ever watched the movie, An Officer and a Gentleman, you would understand Meghan. In that movie, a Naval cadet named Sid had a girlfriend named Lynette, who was pressuring him to marry her. When he would not marry her, she convinced him she was pregnant.

As a result of her pressure, and without telling her, Sid left the Naval academy and went in joy to ask Lynette to marry him. Lynette was horrified that he had dropped out and she said she could not marry him, because she wanted to be married to a naval officer. And that was why she targeted him. She also said she was not pregnant.

Stunned, Sid checked into a motel and committed suicide.

Meghan wanted to have a son that would be a prince. Unknown to her, great-grandchildren can’t be princes. She did not Google it well. When she found out the true situation, the royalty lost all the attraction it had for her, and the loss of her freedom to speak to the media and act in movies and feature on E online and other gossip TV and websites suddenly did not seem worth it.

So she left and took her wife with her. Yes, her wife, Prince Harry, AKA Sid.

We have seen it in Nigeria before. A certain celebrity married a certain man, thinking he was the son of a former Nigerian President. She had thought her children would have that name brand, that would make them and her like royalty. But when she found out that the man was not the son of who she thought he was, and that her son would not have that esteemed title of being the grandchild of a former President, the scales fell off her eyes and the marriage became unbearable.

Look, even if Queen Elizabeth II and her entire family kneel to greet Meghan Markle each morning, and tremble before her, as long as the Queen does not change that 1917 law that prevents great-grandchildren of the monarch (except great-grandchildren from the direct male heir to the throne) from becoming prince and princesses, Meghan would still have found a way to accuse them.

She did not know about that law. She schemed, but was blindsided, and caught off guard. She confessed during the interview that she did not have sufficient knowledge of royal family protocols. She just assumed her children would automatically get the title. And as we all should know, the assumption is the mother of frustration.

It is silly for Meghan to say that her son would not be “safe” if he is not made a prince. If safety was her concern, then why has she courted so much publicity since she and her wife decided to split from the royal family.

Princess Eugenie is a grandchild of the Queen, like Prince Harry. She had a son. He did not get a title. Yet he is fully White. Yet, he is safe.

Prince Edward is the Queen’s son. None of his children got titles. He is White and he is safe.

The safety concern, in my opinion, is just a ruse to hide Meghan’s real disappointment.

But, let us assume that everything Meghan said is true. Is it worth destroying the royal family because of her own experience in 18 months of living with them?

It was not necessary to throw them the 32 million pound wedding they had. They had already been married in secret. The marriage was a favour to them from the Queen.

If the Queen was racist, she would not have had such a wedding for Harry. She did not have that type of wedding for her son, Prince Edward, or her grandchildren from her other children.

Meghan and Harry did not even spare a thought for what the 94-year-old Queen is going through, with her husband of 74 years, Prince Philip, in very poor health and hospital.

I was sickened to see what people were saying on social media about the Queen and her husband.

Prince Harry said his father stopped taking his calls, and asked him to put anything he had to say in writing. I would do the same thing too if I had a son who would repeat what I say to him privately in public and misrepresent it. At least if it is in writing, it cannot be denied, and there are limited opportunities to misrepresent a written statement.