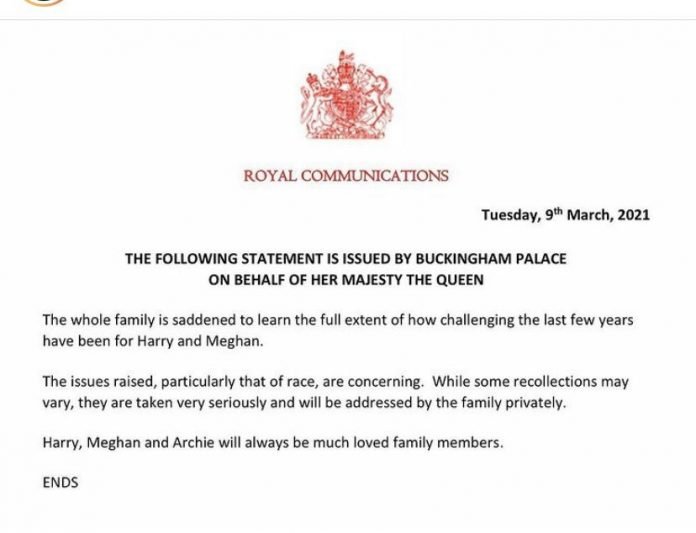 The Royal Palace has responded to the allegation of racism brought forth by Prince Harry and Meghan Markle in an interview with Oprah Winfrey.

A statement released on the 9th of March revealed that it will look into the concerns and assured the public that Harry, Meghan and Archie were part of the family. 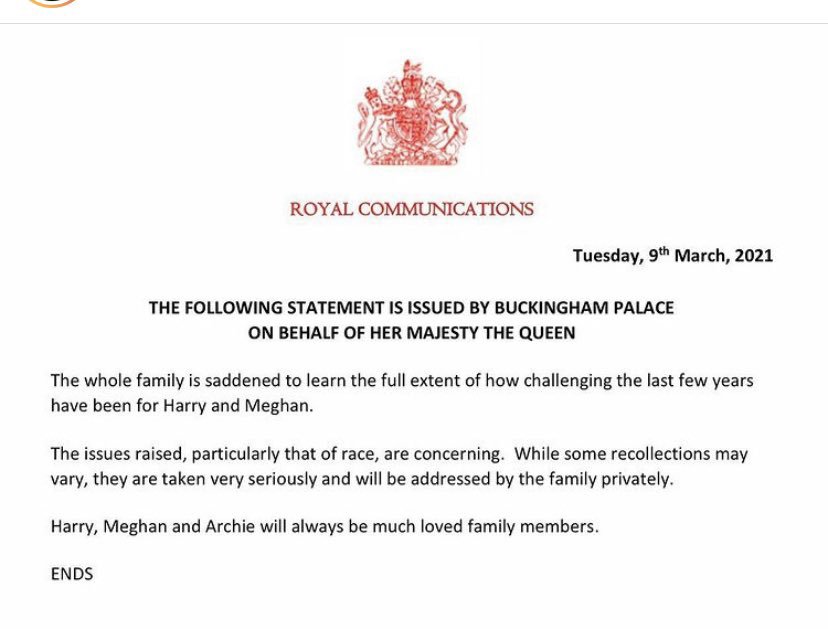 Recall that Meghan Markle and Prince Harry who have been stripped of their titles and royalties after stating that they will like to live a quiet life and relocated to the United States of America shared with Oprah their time at the Buckingham Palace.

They discussed the issue of racism against Meghan and the concern over how black the skin of Archie was going to be.

They also spoke about the run down by the British media and no effort by the family to defend Meghan.