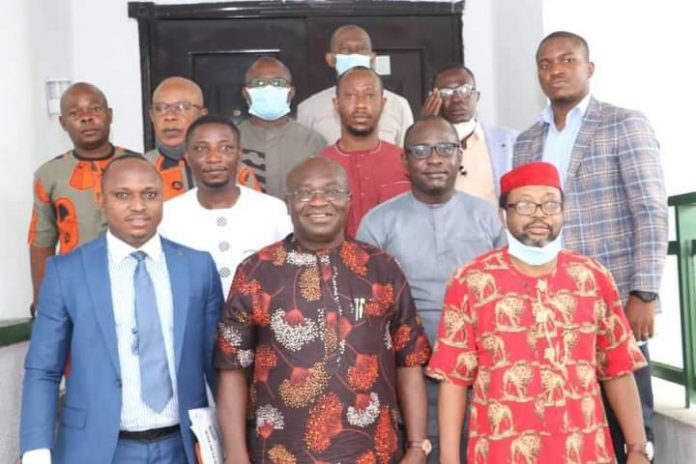 Governor Okezie Ikpeazu has said that his administration will provide the necessary funds for the accreditation of Departments at the Abia State University Teaching Hospital (ABSUTH), study the Act of the National Association of Resident Doctors for domestication as well as maintain regular payment of salaries of Resident Doctors in the state.

Governor Ikpeazu who disclosed this while receiving a delegation of the national body of resident doctors at his Aba Lodge explained that even though the issue of salary arrears predates his administration, he was determined to tackle it and offset it gradually as resources improve noting that since inception, his administration has remained willing and committed to the improvement of ABSUTH and the general health sector of the state. 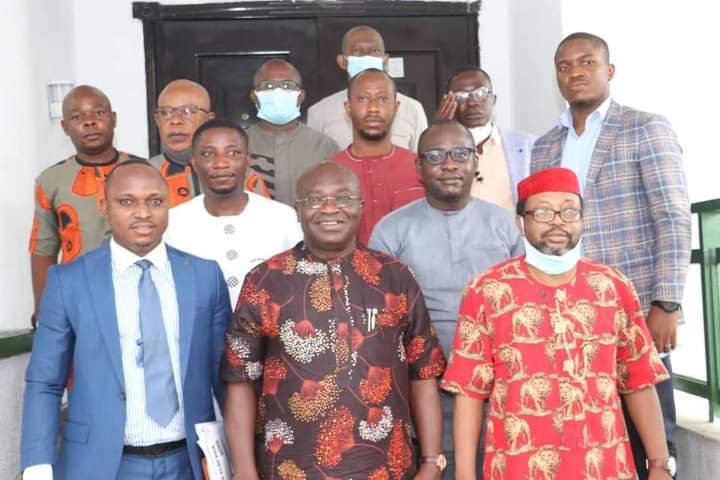 He explained that several healthcare frameworks were rolled out by his administration to improve health services to Abians which include the procurement of about five containers of world-class dialysis equipment, Telehealth Center with about twenty doctors who regularly give professional assistance to primary healthcare personnel, develop emergency units with ambulances and doctors, prompt replacement of dental equipment that was vandalized during the ENDSARS saga, the building of ABSUTH road which is the best among all the roads under his administration even as the Office of the Wife of the Governor has taken delivery of two Incubators for the pediatric section.

The State Chief Executive however challenged the union leaders to advise their members on productivity and prudence and work out ways to win back the confidence of the people through quality services and as such improve their internally generated revenue.

While appreciating the humanitarian services the doctors render to society, Governor Ikpeazu encouraged them to see the government as their partner that needs every assistance for the overall growth of society.

Earlier, the Chairman, Committee on State Institution of NARD, Dr Daniel Isoje who led the delegation, extolled Governor Ikpeazu for his efforts towards improving the health sector especially the Molecular Laboratory, procurement of medical equipment and reconstruction of the dilapidated road of ABSUTH but appealed for the Governor’s assistance to the accreditation of some departments of the teaching hospital, payment of arrears of salary to their members and domestication of the NARD ACTS.

The State Commissioner for Health, Dr Joe Osuji and the Special Adviser to the Governor on Health Matters, Mr Chinwendu Joe were among the personalities present during the visit.