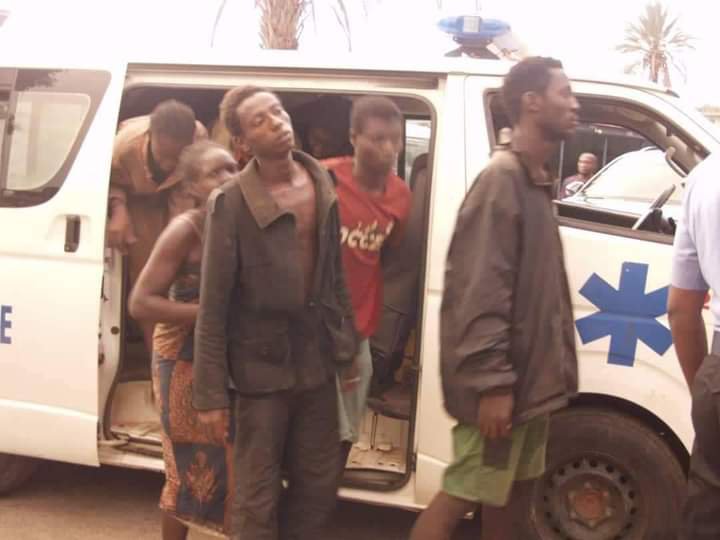 There was jubilation as 27 kidnapped students of the Federal College of Forestry Mechanisation, Kaduna was reunited with their families after 56 days in captivity.
Tears of joy flowed freely from both parents and their children.

At about 3pm, the entire premises of the college, located along the Kaduna International Airport, opposite the Nigerian Defence Academy, erupted in jubilation as the students were being escorted by heavily-armed policemen in company with the state Commissioner for Internal Security and Home Affairs, Samuel Aruwan, and the state Commissioner of Police, Umar Muri.
Narrating their ordeal in the kidnappers’ den, one of the freed students, Zakariya Magaji, described the kidnappers’ den as hell, saying he would never wish the experience for his enemies.

“The bandits need prayers. All that we have to do is to pray for them for God to touch their hearts. As for me, I have forgiven them for whatever we went through in their hands. The experience was hell.”

‘We never had a bath’

A female student, Sarah Sunday, said she and her colleagues were subjected to all sorts of dehumanising conditions, including not being allowed to take a bath while in the bandits’ den.

Asked if they were fed at all, Sunday said, “The boys used to go and fetch water for us to cook. We cooked tuwo with miyan kuka, and tuwo with dry okra. We only cooked rice once, and we cooked spaghetti once too.”

When asked whether the abductors used to leave them to go out for other operations, Sarah said, “Yes, they used to go out, but they always left some of their armed members to stay with us.

“Even our male colleagues who used to go and fetch water were always escorted to the stream by gang members bearing AK-47 rifles.

“Our living condition in the jungle was very bad. We were exposed to the rain.