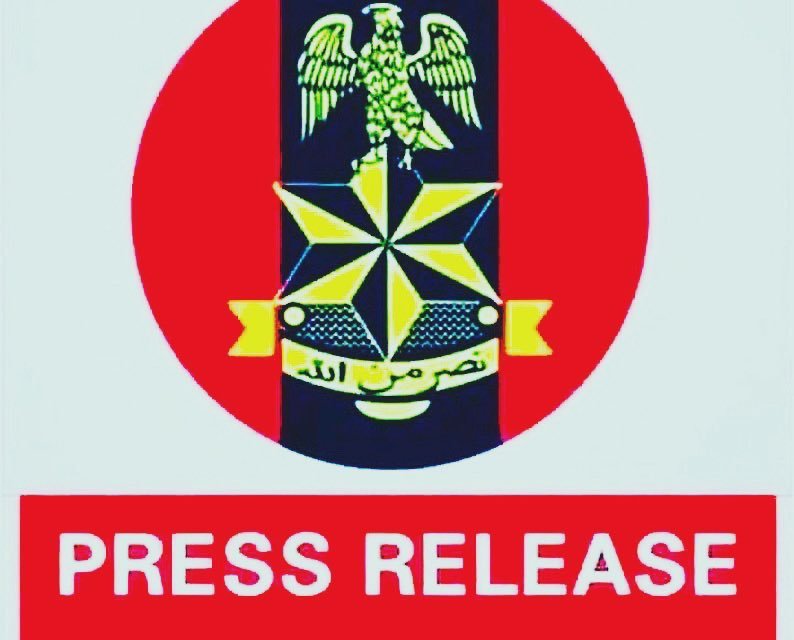 Denying report that it shunned Southern officers and sent only Northern officers to South-East and South-South, it said it does not deploy officers based on tribal, ethnicity or religion.

It said that such report was made to steer ‘discord and disunity among peace loving Nigerians who have refused to be drawn into supporting the senseless attacks on security apparatus in the South East and South South geopolitical zones of the country.’

Meanwhile, a Nigerian Soldier in an audio recording accused the Nigerian Army of operation shoot at sight of Orlu youths in Imo State. He revealed that he refused the order and Is being hunted down. He advised youths to leave the community till further notice.

The attention of the Nigerian Army (NA) has been drawn to an online publication anchored by SAHARA REPORTERS and cohorts titled “NIGERIAN ARMY SHUNS SOUTHERN OFFICERS, DEPLOY NORTHERN COMMANDERS TO QUELL TENSION IN SOUTH EAST”.

Ordinarily, the NA would have ignored this illogical narrative by the online media but for the good of members of the public. The NA condemn this report targeted at steering discord and disunity among peace loving Nigerians who have refused to be drawn into supporting the senseless attacks on security apparatus in the South East and South South geopolitical zones of the country. The NA being a national body does not promote or post its personnel along ethnic or religious lines. Postings in the NA are routine exercises and are based on professional competences not as portrayed by the baseless publication. For the records, let be clear in everyone’s mind that the NA does not train, deploy or operate along ethnic, religious, tribal or regional divides. Senior officers are posted to command units based on their capability and competence taking into consideration their posting history.

Furthermore, Officers are the most frequently posted personnel of the NA. However, because of the bias and seed of discord that the author of the report wanted to sow, it did not allow him to do a thorough background check of his report. Part of the poorly scripted article states that NA’s deployment is based on ethical line. This is one of the dumbest opinions of the writer. To put the record straight, while it is true that the General Officer Commanding 82 Division Enugu, Major General Taoreed Lagbaja is from South West, the Commander 34 Brigade Owerri Brigadier General Raymond Utsaha is from the North Central. Major General Gold Chibuisi is of the South East extraction and is also the General Officer Commanding 2 Division Ibadan which is the largest in number of states under command including 4 Brigade in Edo State. Equally, Brigadier General Farouk Mijinyawa was never the Commander of 16 Brigade as misrepresented by the writer. It is therefore clear that the concocted story lacks everything in terms of credibility and exists only in the pigment of the author’s imagination.

The NA urge the general public to know that in the past months, several subversive elements have attempted to discredit the formidable security network in the South East and the NA in line with her constitutional roles of aiding the civil authority deployed officers and men to checkmate the activities of these bad elements who are bent on wrecking havoc in the region. The amateurish article presented in a self-styled fictitious movie like scenario devoid of even the basic rudiments of a news report is simply unacceptable.

The uncoordinated and poorly written article exposes the real intent albeit the very low IQ of the author and that speaks volumes on the motive of the publisher.

Furthermore, the NA would like to request all peace loving Nigerians to disregard the content of the said article in its entirety as it lacks common logic. The NA under the able leadership of the Chief of Army Staff Lieutenant General Ibrahim Attahiru remains committed to the defence of the territorial integrity of Nigeria as well as protecting lives and properties of all citizens and residents in Nigeria. The NA further solicits for the continuous support of all patriotic Nigerians in stamping out activities of criminals including subversive and divisive elements for a peaceful and prosperous Nigeria.