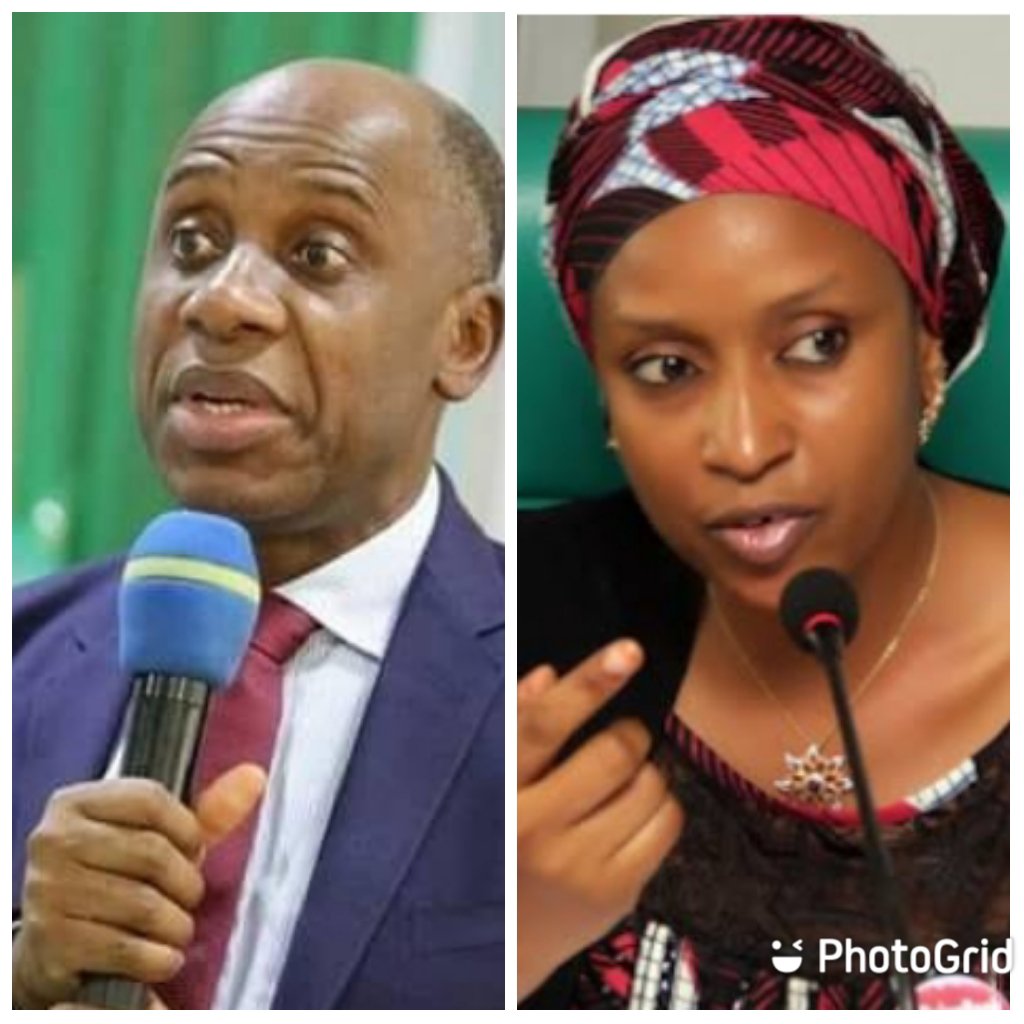 At the inauguration of 11 man committee on Monday, the Minister of Transportation, Rotimi Amaechi asked the panel to probe the contracts awarded by the suspended Managing Director of Nigerian Ports Authority, Hadiza Bala Usman from 2016.

He states that the panel will examine and investigate the issues leading to the termination of pilotage of the NPA and also the compliance and communication channel.

On Thursday, President Muhammadu Buhari suspended Hadiza Bala Usman on the recommendation of Rotimi Amaechi over an allegation of N165 billion.

“Examine and investigate issues leading to the termination of pilotage and other contracts of Nigerian Ports Authority and confirm compliance with the terms of the respective contracts, court rulings and presidential directives,” the transportation minister added.

“Examine and investigate compliance with the communication channel as obtained in the public service.

“Examine and investigate the procurement of contracts from 2016 to date. Come up with suggestions and advice that would strengthen the operations of Nigerian Ports Authority and forestall such occurrences in future.”

In her defense, Hadiza denied solely awarding contracts during her tenure stating that the report that she did was irresponsible, defamatory and mischievous.

In a statement signed by her on Sunday, May 9, 2021, Usman said that the NPA has executive management team which takes business decisions on all assets of the ministry.

“To claim that I singlehandedly awarded a contract in my capacity as Managing Director, is, therefore, irresponsible, mischievous, and defamatory,” the statement read

“The report also mischievously lumped the now expired service boat contract between the NPA and the Integrated Logistics Services’ (INTELs), which took off in 2007 with a review of a ten-year extension in 2011 to culminate in expiration in August 2020 with the lease under discussion.

“The service boat contract expired through the effluxion of time and the Authority initiated a procurement process in which INTELs participated in line with all extant laws.”

Explaining her position on the Onne berths 9, 10 and 11, Bala Usman said the NPA offered these berths to INTELs in 2013 without any contractual agreement even though the offer letter required that the company should pay rent to the Authority for the use of the berths.

“In 2018, the Authority realised that INTELs had neither been making these payments for five years nor putting the berths to optimal use,” the statement read.

“The Authority then wrote INTELs to request for the payment of the arrears of monies that were unpaid and expand the utilisation of the facility.

“With the continued under-utilisation of the facility, the fact that there was no contractual agreement with INTELs from the outset and the urgent need to decongest the ports in Lagos, the Authority offered the berths to an internationally renowned container handling company, Messers International Container Terminal Nigerian Limited (ICTNL) for the use of the berths for container cargo discharging.

“ICTNL has signed a contract for the lease of the berths with the Authority and has commenced the installation of container handling equipment when INTELS instituted a court action challenging the withdrawal of the offer. That case is still in court!

Bala Usman also refuted allegations that she was involved in a “clandestine ploy to shortchange a company” in favour of Africa’s richest man, Aliko Dangote.

“This report is false, without any foundation and a figment of some wild imagination of the news platform,” the statement added.

“I also note the insinuation of a non-existent monetary transfer between Alhaji Dangote and I during the 2015 elections. As I told People’s Gazette when I was approached about this story, no such transaction occurred.

“Having gone through the trouble to give this explanation, I demand that Sahara Reporters publish this rebuttal and give it the same measure of prominence given to the false story, which runs against all known ethics of journalism.”