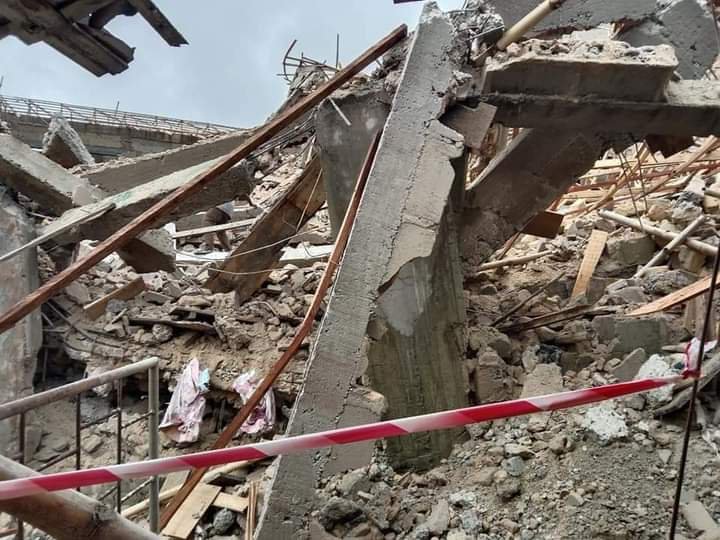 A building under construction at the federal medical centre Umuahia has collapsed.

Confirming the incident to newsmen in his office at Umuahia, the chief medical director federal medical center Umuahia, Professor Azubuike Onyebuchi, said the incident occured at the early hours of Thursday May 20th, 2021.

He said he is still waiting for the contractor and site supervisor to explain what happened to the collapsed section of the new ultra modern building meant to house accident and emergency unit.

He also confirmed that the building collapse did not record any casualty.

Culled from The News Gazette Online