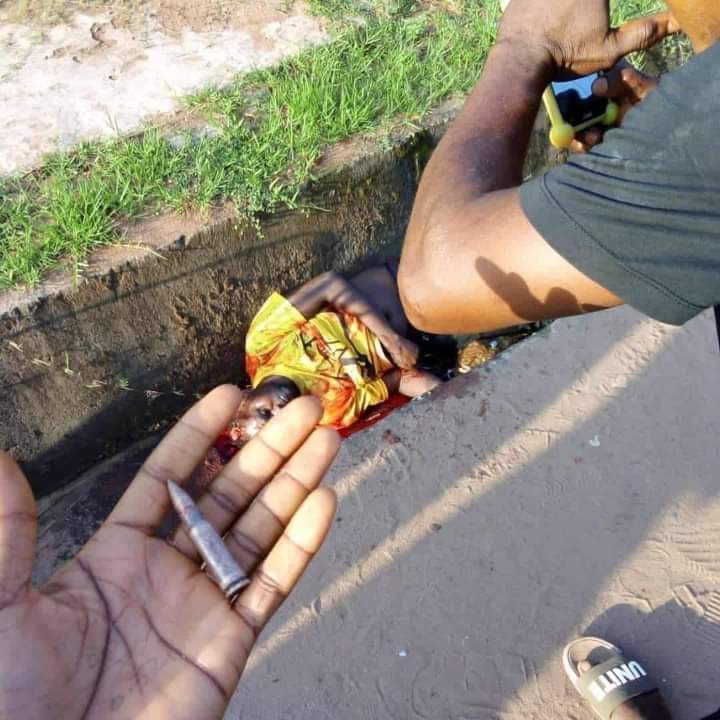 An unidentified man was found dead with a gunshot wound in Owerri, Imo State on Wednesday morning.

It was gathered that the man was found lying inside a gutter after a police shoot out in the city.

An eyewitness revealed that the shootout also claimed the life of a student of Imo State University, Owerri on Tuesday night.

Recall that the acting Inspector General of Police Usman Baba has instructed policemen to do the work he has instructed them to do and if there’s any media shout of human rights violations, he will shield them.

IGP Usman said this during the flag-off of Operation Restore Peace in the South-East and South-South areas on Tuesday in Enugu State.