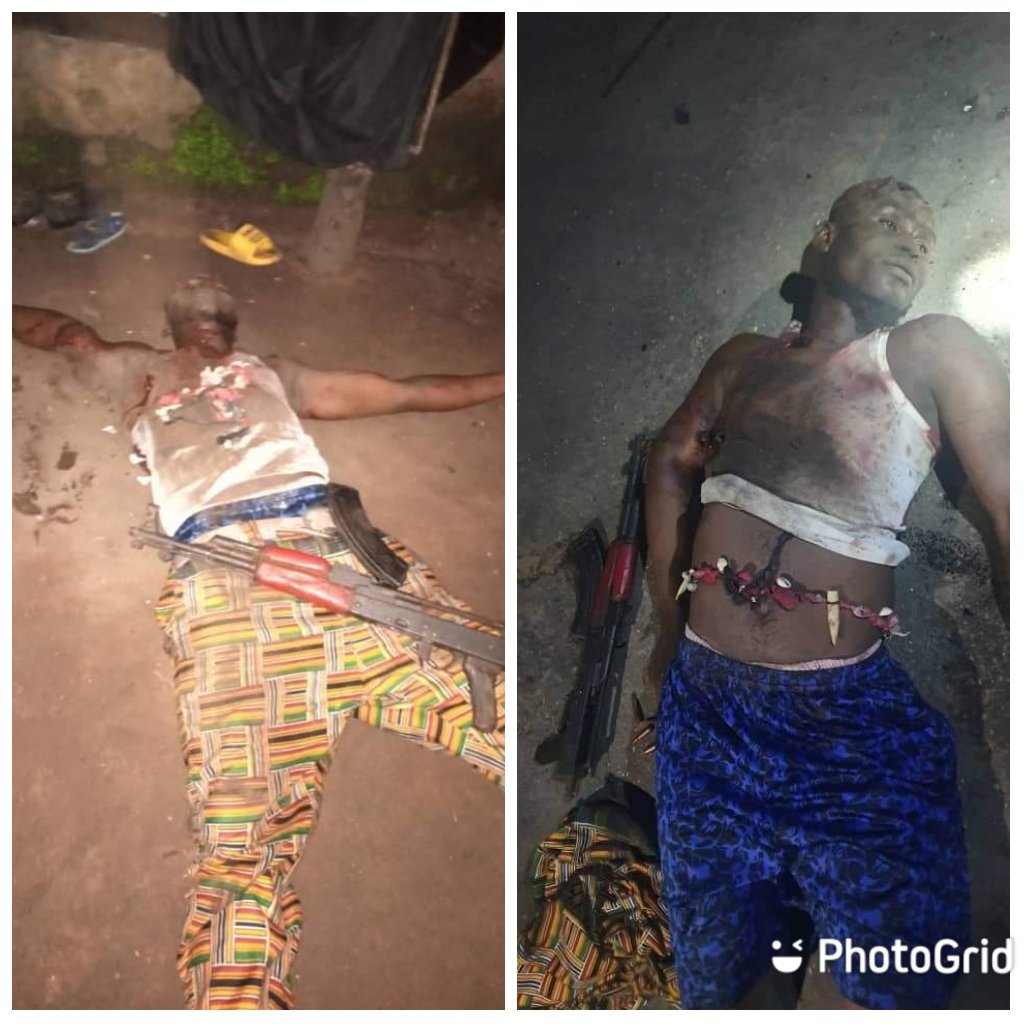 Two suspects believed to have masterminded the attack on Police Headquarters and Correctional Centre in Owerri has been gunned down by Imo State Police Command.

The suspects; Uchenna Elendu and Elu Osinachi were engaged in a gun battle with them following a well-coordinated operation at Ocha Community, Awara in Ohaji/Bema Local Government Area, Imo State.

According to the press release by the Police Public Relations Officer, Bala Elkana, on Tuesday, ‘one Ak47 Rifle with breach number 11654 and a cache of live ammunition were recovered. Also recovered are several expanded ammunition, matchets and criminal charms tied around the waist of the suspects.’

The statement also disclosed that the operation will be sustained until all the perpetrators of the dastardly attack are brought to justice.

Recall that the Inspector General of Police, Usman Alkali Baba gave a mandate to the Imo State Commissioner of Police, Abutu Yaro to fish out the hoodlums who attacked the Command Headquarters on April 3rd, 2021.