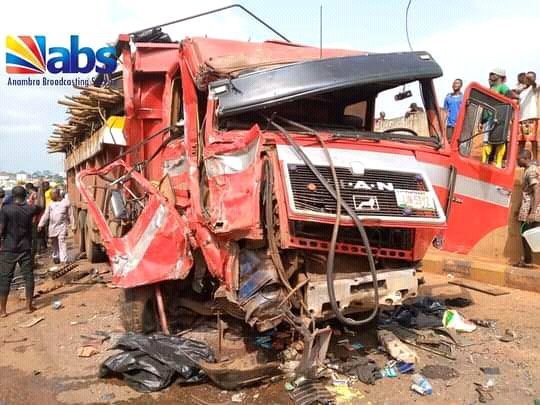 A lorry conveying cattle has lost control ramming into parked vehicles at the Kwata traffic light, killing yet-to-ascertained number of persons and leaving many in pool of blood.

According to eye witnesses, the lorry, with registration number ‘Plateau JJNN-59YZ’ lost control of its speed and rammed into more than five cars waiting at the traffic light.

Uncomfirmed reports also said that pedestrians, including those doing brisk businesses in the traffic were said to be among those that lost their lives, while some occupants of the involving vehicles also lost their lives.

About five cars involved in the mishap were damaged beyond repair, while bodies of the dead and injured have been taken away by men of the Anambra State Command of the Federal Road Safety Corps, FRSC.

There’s currently no confirmed story on the accurate number of persons involved in the tragedy but irate youths have set the lorry ablaze, though security agents are trying to calm tension at the gory scene.