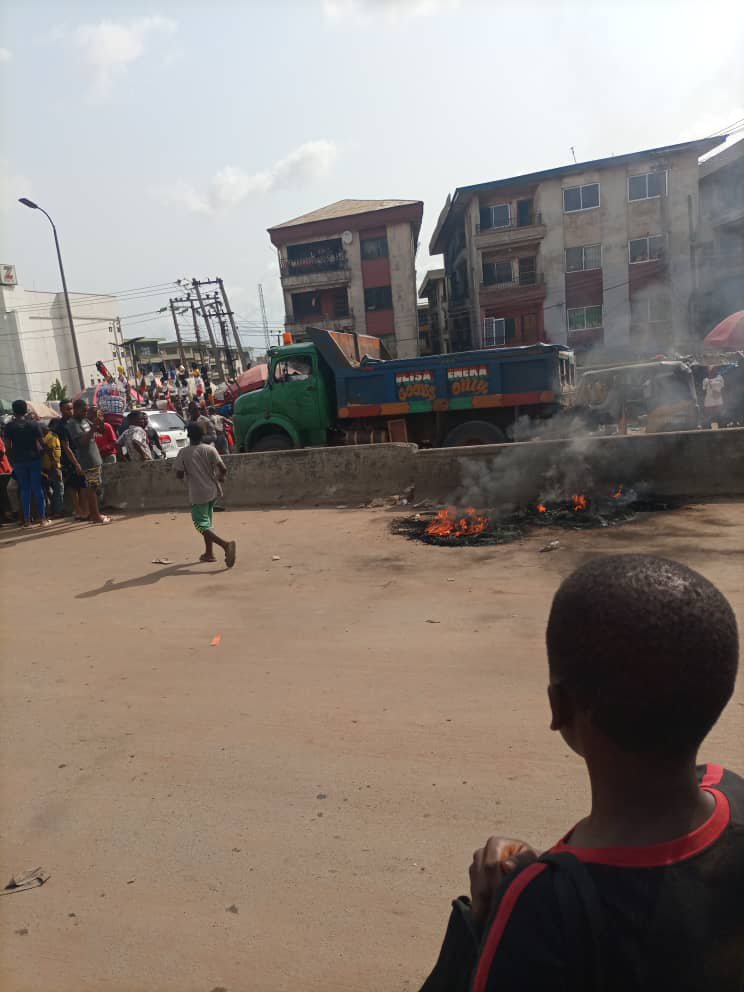 An armed robbery has been set on fire by angry mob at Upper Iweka, Obodoukwu axis, Onitsha in Anambra State on Friday.

It was gathered that his gang members came for the armed robber and attempted to carry him even as he was burning.

The robbers came with a blue keke napep.

Eye witness reports that his gang succeeded in taking him away.