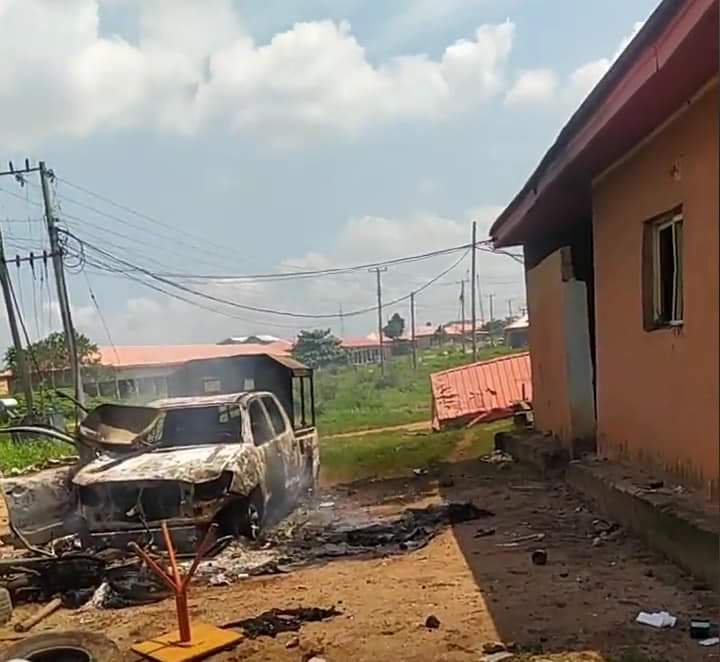 There was an altercation between traders at Timber market along Ahiaeke in Umuahia the capital city of Abia State and the Abia State vigilante group on Monday.

It was gathered that the vigilante group trooped to the market to effect the order given by the revenue board.

The traders revealed that they were asked to pay an N18,000 annual fee but when they didn’t comply, the Abia State Board of Internal Revenue ordered the closure of the market on Monday 7th of June, 2021.

Speaking, one of the traders who want to remain anonymous stated that the charge by the State Government was too high.

The refusal resulted to a clash which led to the death of one marketer known as ‘Indomie’ who was shot by the vigilante.

Five others who were injured were rushed to the hospital while some angry traders retaliated by burning down the vigilante office and vehicle.