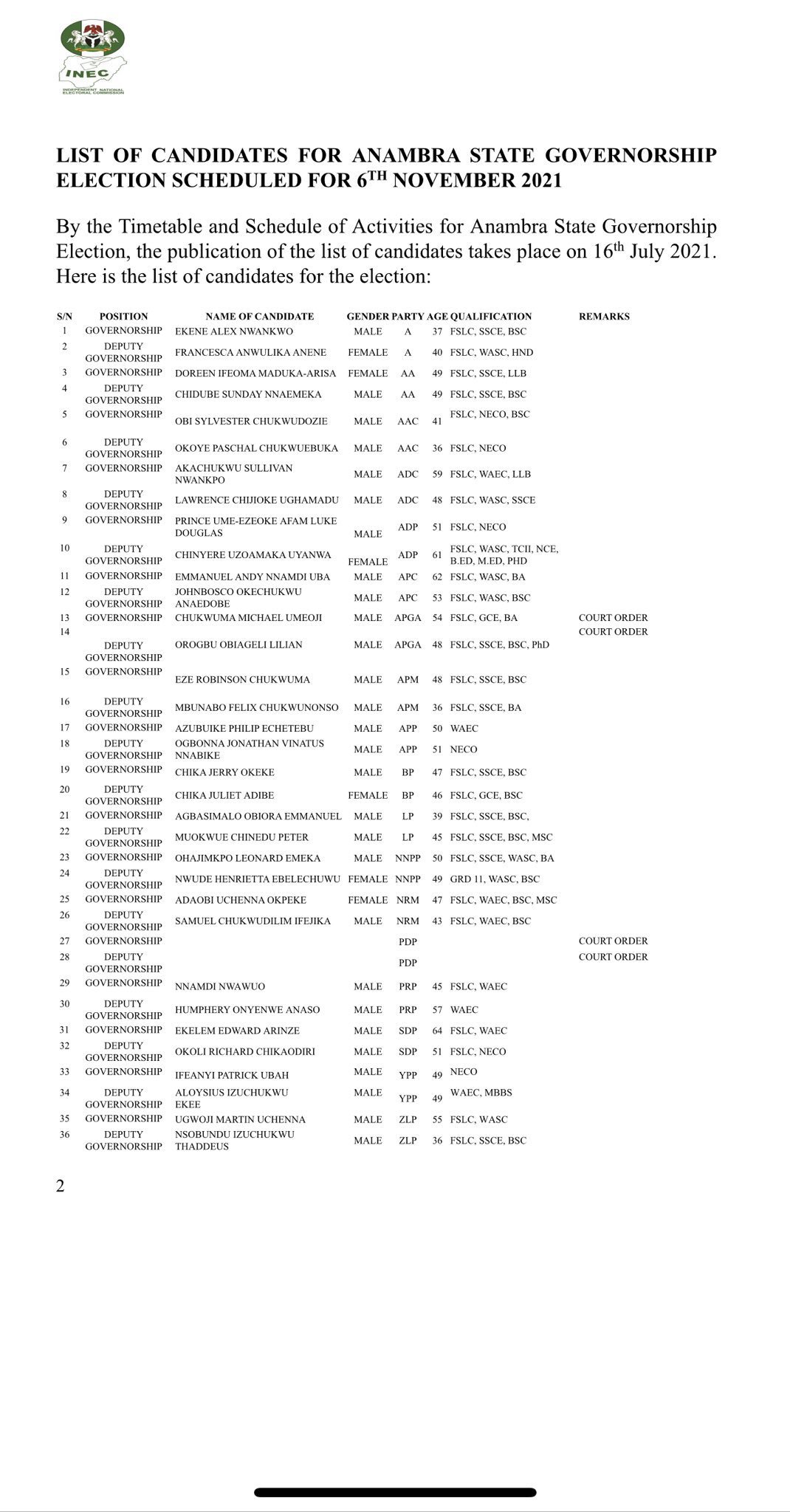 The Independent National Electoral Commission, INEC, has released the list of qualified candidates for each political party in the November 6th, 2021 gubernatorial election.

While the list published by INEC has Emmanuel Andy Nnamdi Uba as the candidate for the ruling party, APC, the Peoples Democratic Party has no candidate over court order.

A High Court in Abuja has ordered the INEC not to publish the name of any candidate for the PDP following the lay of a claim by two members of the party, Valentine Ozigbo and Ugochukwu Uba who won in parallel primaries elections.

However, the PDP released a statement through it’s National Publicity Secretary, Kola Olgbondiyan that Valentine Ozigbo is the most popular candidate for the Anambra Governorship election who possesses all leadership desired by Ndi Anambra.