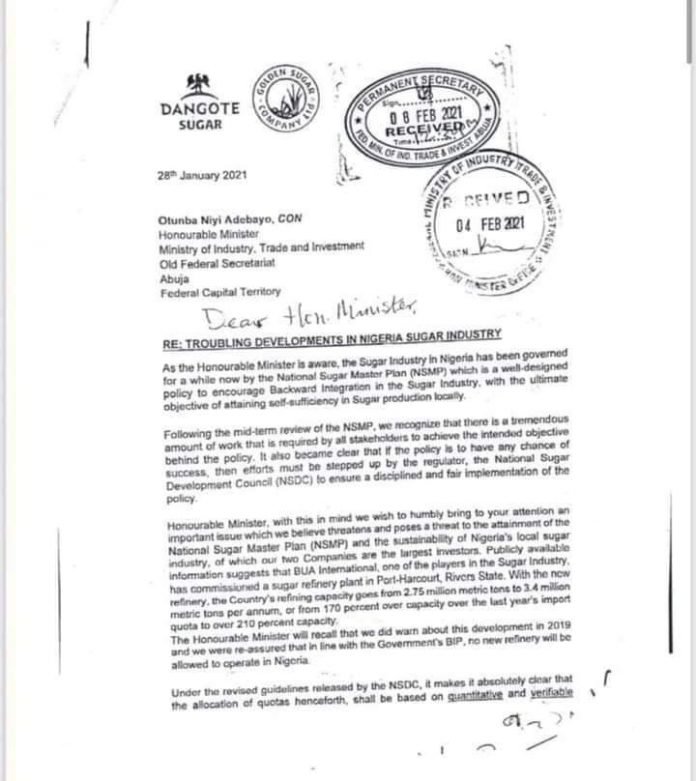 IT’S BECAUSE WE REFUSED PRICE INCREASE DURING RAMADAN – BUA

A major war has been raging in the Nigeria sugar industry for some time now and the bubbles seemed to have burst with Dangote’s decision to petition the Federal Government asking the Ministry of Trade to shut down BUA Group’s Sugar Refinery located in Port Harcourt.

In the letter dated 28th January 2021 signed by Aliko Dangote himself as the Chairman Dangote Industries Limited, the billionaire claimed that when the BUA Sugar refinery was opened, he warned the Government and they told him that no new refinery would be allowed to operate in Nigeria’. Dangote accused BUA of operating with impunity by contravening the laws as laid down in the National sugar policy by selling its products locally instead of producing for export alone. 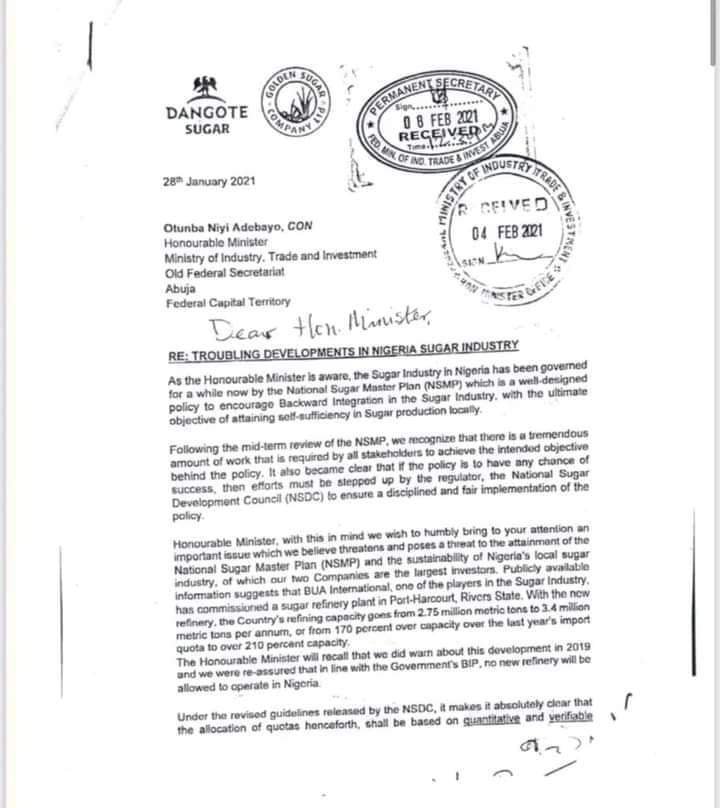 BUA also warned that the DANGOTE group and the other major player have not been involved in any backward integration project, rather they depend on 80% raw sugar allocation which is detrimental to the Nigerian economy in long-term analysis. BUA on the other hand has been involved in a backward integration project with BUA’s Lafiagi Sugar BIP set to be completed in 2022. 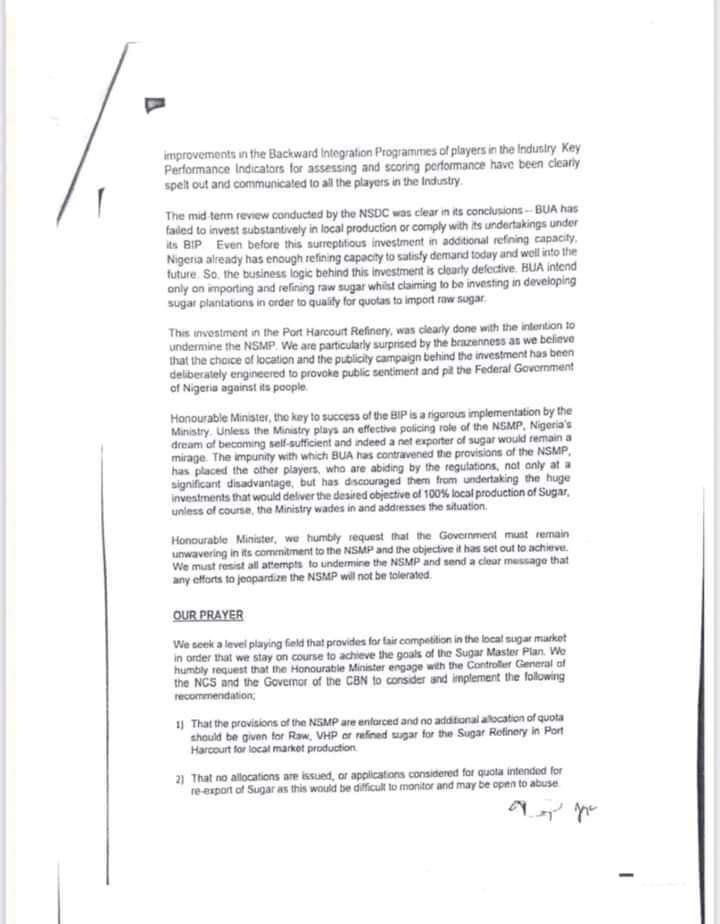 Over a 250million dollars is believed to have been spent on the export-focused BUA sugar refinery already and it is also employing over 1,000 Nigerians.

Meanwhile, BUA also noted that at the centre of this fight to force FG to close the BUA Sugar refinery down is the price war.

Last year, before Ramadan, sugar sold for around 18,000 Naira per bag. But as Ramadan fasting started the price jumped to 30,000 per bag. The people had no choice but to buy it because they needed a lot of it during the period. So the manufacturers were smiling at the bank. BUA group noticed the trend and decided that it had to change. There was no reason to increase the price during Ramadan simply because the demand is high.

Usually, the increase happens about one month to commencement of fasting

When the other manufacturers got across to BUA, Samad Rabiu refused. They put pressure on him, saying it was the right time to make good money but he put his feet down.

After failing to do that, they petitioned the Federal Government that he was breaking the law by selling sugar locally instead of for export.

A source however claimed that already, the BUA Group has dragged the Trade Minister to court to ensure that the operations of the sugar refinery are not tampered with all because of the desperate attempt by Dangote Group to monopolize the sugar trade in Nigeria.

Culled from The News-Gazette Online