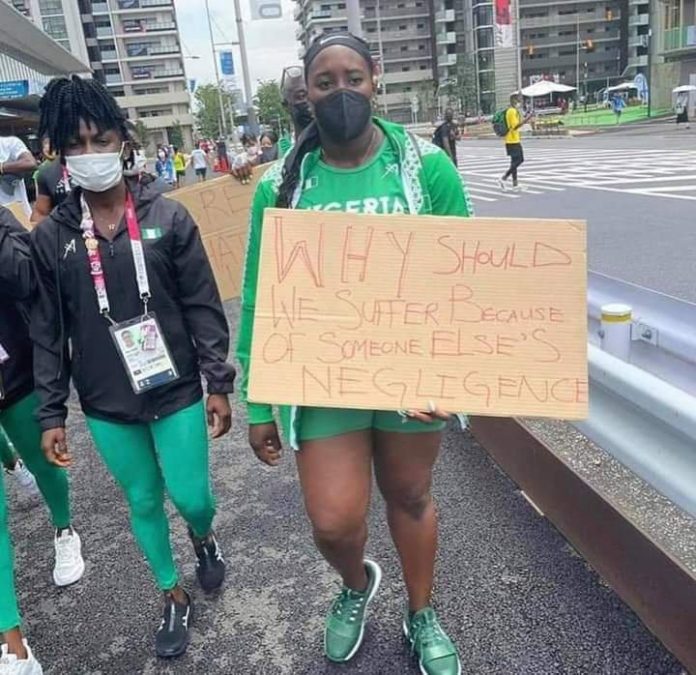 Former aide to President Goodluck Jonathan, Reno Omokri, has lamented over the poor performance of Nigerian athletes at the #Tokyo2020.

Omokri compared Nigeria’s population of over 205 million people to 25 million in Australia that has won 30 medals already at the Olympics.

He also stated that Nigeria seems to have a gold medal in debt, governmental corruption, terrorism, extreme poverty, disrespect for civil rights and religious extremism.

“Australia has 25 million people and has won 30 medals at #Tokyo2020. Nigeria has 205 million people, and we have won 0 medals. Even San Marino, a nation with only 33,000 people, has won 2 medals. How can we be behind technologically and also behind athletically? Then where is our strength? Is it in people like Abba Kyari and Hushpuppi? Let us face it, we are heading in a very wrong direction and it is time to question if Nigeria is really working. We are giving the Black world a bad name. If it is debt, governmental corruption, terrorism, extreme poverty, disrespect for civil rights and religious extremism, we appear to have the undisputed Gold Medal. Other nations have well-educated leaders, while we are led by a man whose highest certificate is a WAEC certificate (and even that is doubtful). No wonder Buhari said, “You can’t succeed outside your educational qualification”. How right he was. How very right he was!”

On Thursday, Nigerian athletes protested after ten athletes were disqualified for failing to conduct the mandatory three out-of-competition tests before the Olympics.

#AFCON: How Super Eagles Crashed Out of Tournament

#AFCON: Buhari in Video Conference with Super Eagles, Charges Them to Fly