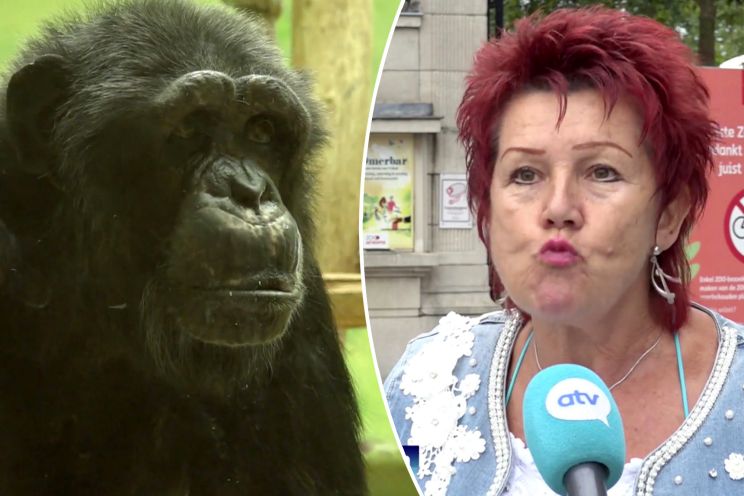 A Belgian woman identified as Adie Timmermans has been banned from an Antwerp Zoo after the officials noticed that she had been spending a little too much time with a specific chimpanzee.

The woman started visiting the zoo every week and used to keep conversing with a 38-year-old chimpanzee called Chita. The two used to interact from the opposite sides of the glass enclosure while waving and blowing kisses at each other.

Her visits continued for four years before the zoo authorities decided that an action had to be taken against the growing friendship.

“I love that animal and he loves me. I haven’t got anything else. Why do they want to take that away,” Timmermans said. “We’re having an affair, I’ll just say.”

However, the zoo believes that this ‘love affair’ was proving to be harmful for Chita as it was becoming a hindrance in developing a relationship with the other chimpanzees.

“When Chita is constantly busy with visitors, the other monkeys ignore him and don’t consider him part of the group, even though that is important. He then sits on his own outside of visiting hours,” the zoo said.

The chimpanzees lover, however, feels the zoo is being unfair and questioned, “other dozens of visitors are allowed to make contact. Then why not me?”