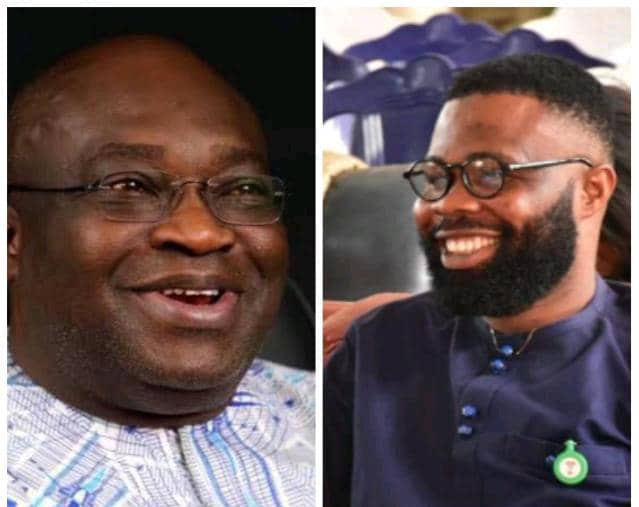 Abia, God’s own State clocks 30 years today, 27th August, 2021 in the sixth year of the reign of Governor Okezie Ikpeazu.

Though the road has not been easy Gov. Ikpeazu has done so much in ensuring that Abia, particularly, Aba regains its pride of place as the preferred business destination East of the Niger through massive infrastructural mitigation of this city.

It is on record that no administration in the history of Abia State has done the infrastructures that Dr. Okezie Ikpeazu executed in Abia State. To put Aba back on the
map, he has opened up the city and marketing of the made-in-Aba products which are sold globally.

Since he became governor, everything he wears is made-in-Aba. He is a complete representation of the enterprise of the Abia people.

To make life easier for the youth, his government launched entrepreneurship support for young
Abians with innovative ideas but lack start-up funds.

The programme aimed at raising at least 24 entrepreneurs within the two years of launch, with one winner emerging every month.The state government committed a
maximum of N1 million on a winning proposal, each month.

Gov. Ikpeazu made it clear that it has always been his administration’s dream to approach empowerment from a
different perspective rather than the
traditional means of giving tricycles
(Keke Napep) to graduates, as
empowerment.

As wellmeaning Abians celebrate the anniversary with enthusiasm it is worthy to also celebrate the rating of Abia State as the House of Small and Medium Scale Enterprises destination, which has placed Abia State as one of the few safest and peaceful states in the federation apart from the construction and attraction of the massive road of the World Bank to embark on multiple million dollars’ project among other tangible projects in the state by the people’s oriented leadership of the governor.

The developmental strides of Governor Ikpeazu have placed him at the centre of the vision of the founding fathers of Abia State.

In his unquenching desire to develop the State in line with the vision of the founding fathers of the State upon his assumption of office in 2015, Gov. Ikpeazu introduced measures of handling challenges that had faced Abia through his policy thrust which he captured as Five Pillars of Development and their Enablers. These pillars include; Agriculture, Industrialization, Education, Trade & Commerce and Oil & Gas while the enablers are Infrastructure, Ease of doing business, Media and Advocacy, Healthcare, Environment, Security, SMEs among others.

It is noteworthy also that Governor Ikpeazu has proven his mettle in governance in consonance with the policy thrust, thus, placing Abia on the map of development.

In Trade & Commerce as well as Small & Medium Enterprise, the Governor has succeeded in changing the narrative of Aba entrepreneurs and has remained the chief marketer of ‘Made in Aba’ products. Shoemakers were sent to China for intensive training in automated shoemaking technology and today, we have an unbeatable automated shoe factory in Aba, called Enyimba Automated Shoe Company while a garment factory is equally in the offing. Governor Ikpeazu has redefined youth empowerment, beginning from the establishment of the Education for Employment (E 4 E) Scheme, a scheme that aims at training youths on several skill acquisitions, including training in modern carpentering, modern garment production and modern bricklaying, among others.

Governor Ikpeazu’s efforts in that regard have made Aba, not only regain its lost glory as an economic hub of the South East but to become the SME capital of Nigeria.

In road infrastructure, Governor Ikpeazu has fixed Over 100 roads with most of the roads built with cement pavement technology while others are at various levels of completion and in environment, the Governor has engaged in many reclamation projects to control various erosion menace and he is collaborating with the World Bank to end the perennial flooding and environmental challenge witnessed around Ngwa Road, Port Harcourt Road, Ndiegoro and their environs in Aba. He built four new model schools, constructed over 500 new classroom blocks which are unprecedented and he is preparing to add another 150 this year.

In Healthcare, the Governor introduced the novel Tele-health initiative to facilitate healthcare through phone calls and in collaboration with primary health care centres and has renovated and upgraded four general hospitals in the State among other health interventions.

Governor Ikpeazu’s footprints in industrialization are also endearing and enduring. He envisioned Enyimba Economic City, a Federal government-licensed free trade zone with an inland port. The Enyimba Economic City which has the potentials of creating about 700 thousand jobs for the people is a public-private partnership driven project. Under the leadership of Governor Ikpeazu, the Inner Galaxy, one of the highest employers of labour in Abia State started work and Golden Guinea Breweries was rejuvenated to produce drinks 15 years afterwards.

In security, there has been massive improvement in the area of security under Dr. Ikpeazu, armed robbery, kidnapping and other violent crimes have been on a steady decline in the State.

With all these dividends put in place, there is the need for total support of all Abians across political party lines to Gov. Ikpeazu.