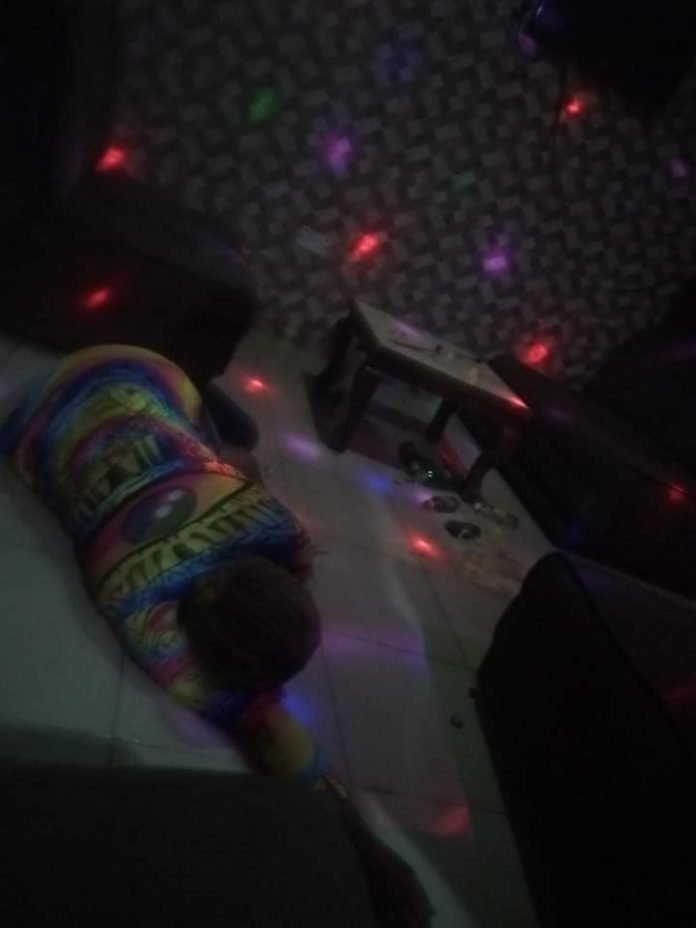 A yet to be identified lady suspected to be in her 30’s has slumped after taking several brands of alcohol in an undisclosed location in Abakaliki, Ebonyi State

According to report, the ugly incident happened when she accompanied her girlfriend for Sunday outing.

The girlfriend who brought her along to see her new catch and Facebook lover revealed to us that the girl is from Nkwagu barracks side and she has never disgraced her this way ever since both of them started hanging out with Facebook lovers.

“At the middle of the hangout, my friend slumped and vomited all she drank, the food she ate and within a twinkle of an eyes, blood started gushing out from her nose. Her stomach swells up and mucus all over her nose” She lamented”.

Investigating further, the girl said “my major problem is that I don’t know her surname and her real home” ” What will I do now that this girls situation turned this way? ” Look at the way people gathered here because of my friend and the kind of embarrassment she has caused me this evening. This is terrifying!” She concluded.