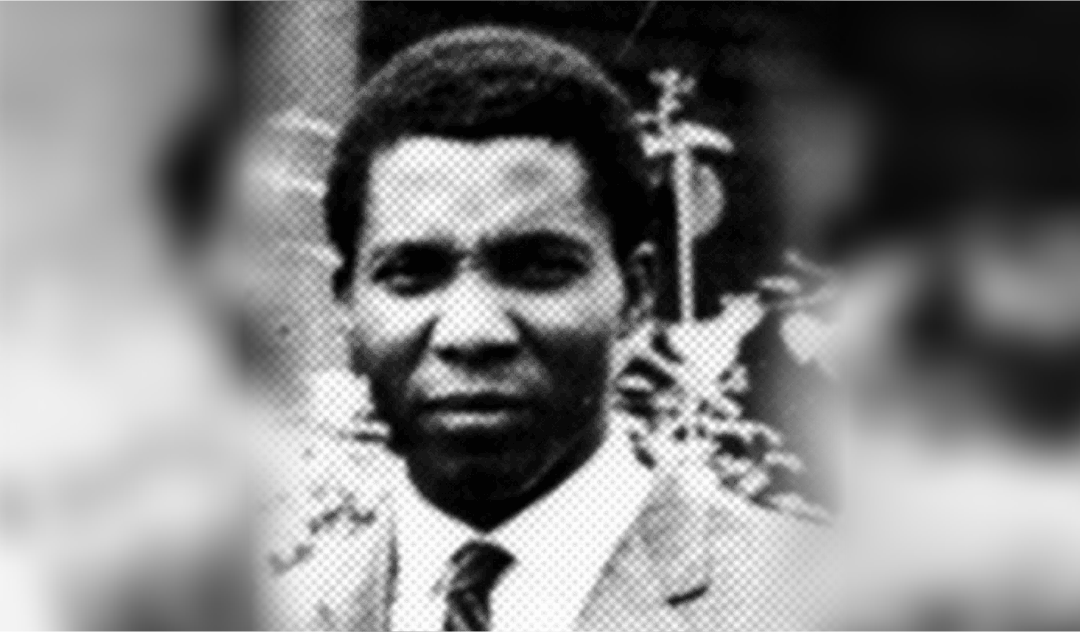 Welcome to Heavensgate, Brother Pius. I am glad to see you after many years of yearning and pleased to hear that you lived a worthwhile life.
I had been itching to talk to you, my brother, for you were there when this bug caught me. My transformation from a hunter of answers into a big question mark had left me restless.

Did I hear that finally, I might be getting a burial? Isn’t it relatively late? I have become an invisible poet; no hole is big enough to keep me grounded. I float above limits.
I have listened carefully to you and I want to address you about the things I have heard. I have heard people quote Edward Said. I have heard them say that I was a victim of that pitfall- a casualty of paranoid nationalism. They say that I compromised intellectual integrity.

Some even say I subjected my art to the narrowness of tribalism. O’ Lord! What use is a poet if he saves his life, only to be left for a home- a “cultural wasteland”? Should I be happy as strangers devour eke Idemili for dinner?
William Blake said it first, and I can’t say it enough: the nation follows the art. That is just the way it is. Cultural erosion is not the same as a cultural handshake. Dante’s universal community must wait if it is arrogant about appreciating the gift of each quilt.

Remember what I said before, ‘we carry in our worlds that flourish, our worlds that failed.’ You can resort to using learning to liberate people. But is what you are learning the truth? If it is, do you have the means of understanding it? Have those in the school of resentment moved over?
You asked me when I last thought about the dialectic of utopia and ideology as part of unified political consciousness. I say it is all in seduction. It always comes first.

Then it is a struggle. It always exerts a cost. And finally, it is memory—memories of the worlds that failed and the worlds that succeeded. As I see it, you are either looking behind the rising sun or looking in front. I am searching. I am still searching. But I am yet to find the argument that supersedes the moral value.

Those searching for a reason to remain cowards have tried me in my absence. They proceed to tell me who I am and where I come from. They tell me to whom my allegiance should be as if they were there when the good Lord chose Ojoto. They want the poet in their pocket even when it’s full of dirt. They forgot that I mapped the path of thunder. They forgot.

My brother, tell them this. Tell them to keep their semantics to themselves. I am a testament to the heart of that lynched dream. This shred of history coming out of temporary insanity shall grow into a monster – a monster of which no grace can reprieve.

To you all, I say, I beg your indulgence, if I may. I beg your indulgence to die for my people. Yesterday, you were all my people. Then someone broke the continuity and there burst our moral inferno. And there, I found my essence. Those who disagree, those who want the alter boy to ignore the subpoena, and those who are not total in their dedication would be the acrobatic peers when the dance of death resumes.

When I sew up words, I was true to my art. I was true to the images jogging around my divided soul. When they assaulted my shrine, the place where my soul took root, I answered the call. I answered my father’s name. I took in the lead. Mine was a war of honor and the gown of glory I wore.

You are beyond redemption all you who think about embrace while desecration turns your nursery of lyrics into a tomb of defiled indigos. My wrath was the wrath of Idoto. And so, it shall remain until Idoto hears an apology and accepts the apology. And I know Idoto. Idoto will not accept an empty apology.
I know you. You prefer to forget. You prefer to bury alive, the horrors and the inhumanity. But I tell you, my friends, the guilt shall keep popping up like a balloon buried in a pond.

So, do not give me pathos, for I have no self-pity. If you really want to remember, stop being resigned. Be rejuvenated in your heart. Don’t sit to lament. Rather prepare for landing. Prepare, for we are going to touch down in no distant time.
I am now an invisible poet and I tell you this: the only place your illusion should come before my struggle is on the obituary page. As long as your illusion continues to disturb, my struggle must continue to assure. You can detest me the more if you like. But here I stand, invisible to your eyes. The same spot your history said I fell. My draft of the Biafran anthem is forever a stillbirth. Unlike a miscarriage, this stillbirth haunts you forever.

Can I ask you some questions? Have they stopped being pretty? I mean, the rulers of your illusion? Have they stopped getting away with anything? Are they still holding you down? Are they? I don’t think so. If you were truly down, if they really stood in your way, you would have done something. For that is what men do. That was what our fathers did. Or have you all become like them? Have you begun to wear agbada, melt your ulis and pick some from the Ohas that we have always been and turn them into ezes? Ohaneze? Have you?

Ah! I know what you are thinking. Christopher Okigbo is frozen in time. Christopher Okigbo is unrepentant. No need to hold on to dreams, dreams are no longer needed—no need to sing a song already retired. You are right. I can’t repent. I can’t repent in my grave.
I can’t rapture. I can’t rapture without a burial. How I wish you all know that madness awaits the poet who turns his back. This has been my motto. If my struggle is evil, let me try it. It is one evil I want to taste. The other evil, your illusion, I am used to.

Our journey is at the point where the darkness makes up our four walls. Invisible is the road. Slippery is our steps. But if you open your ears, you shall hear the voices of the poets. If you wipe your nose, you shall smell the roses. Open your mind and you shall think great thoughts of pavements lined with smooth pebbles, of soft rain and sweet laughter of birds. That garden is out there. One struggle away. One step out of this darkness.

Brother, I heard them. I heard them very well. I am glad they did not say the poet lied. They only said the poet diminished when he refocused his lens. To them, I say, when the fatherland becomes the ‘murderland’; when they expunged I and I from ‘the we’; it is the responsibility of the poet, the poet who had warned about the coming thunder to drop the pen and pick the gun. The poet would be lying if he failed to transform himself from a preacher to a participant.

Some people say a woman’s honor is her virginity. If, by fighting, a poet turns into a woman, let it be said that I took my own virginity. I deserve honor too. And I am glad that my friend Soyinka agreed.
Who cares what the Mazruis had to say. If I had not fought, I would have been called an impotent man who seduced a beautiful bride and left her there for the vultures to eat. I know you all. Nothing satisfies you. But I am glad I hover around, beyond your reach, for I am now an invisible poet.

You may be right, my brother Pius, I am a restless spirit. I probably need to be buried. But I tell you this; there are two kinds of truths; the one you want to hear and the one you do not want to hear. It is the one you do not want to hear that will set you free. My struggle was a temptation brought on my people; we should not let the temptation conquer us. I agree. But have you ever thought that what you believe may not be true? That what you want may not be really good? I have. And I know that sometimes, people follow what is convenient, thinking they are following what is right.

So remind them, my brother, what Theodore Roosevelt said. Remind them that “it is not the critic who counts… it is not the man who points out how the strong man stumbled… credit belongs to the man who really was in the arena, his face marred by dirt, sweat and blood, who strives valiantly, who errs to come up short and short again, because there is no effort without error or shortcoming.

It is the man who actually strives to do deeds, who knows the great enthusiasm and great devotion, who spreads himself on a worthy cause, who, at worst, if he fails, at least fails while daring greatly, so that his place shall never be with those cold and cruel souls who know neither victory nor defeat.”
You may be right, my brother. The love that I have is consuming me. But I am not pretending to be angry. Until you let the dead bury their dead, you will never know what happened to your victory. Please send this across to them. It is my apology. It is my last testament. It is all that I have to offer until they bury me – until I step out of this purgatory and walk into heaven where my grandfather, the great priest of Idoto awaits me.

– Rudolf Ogoo Okonkwo teaches Post-Colonial African History at the School of Visual Arts in New York. He is also the host of Dr. Damages Show. His latest book is “The Secret Letters of President Donald J. Trump, aged 73.”