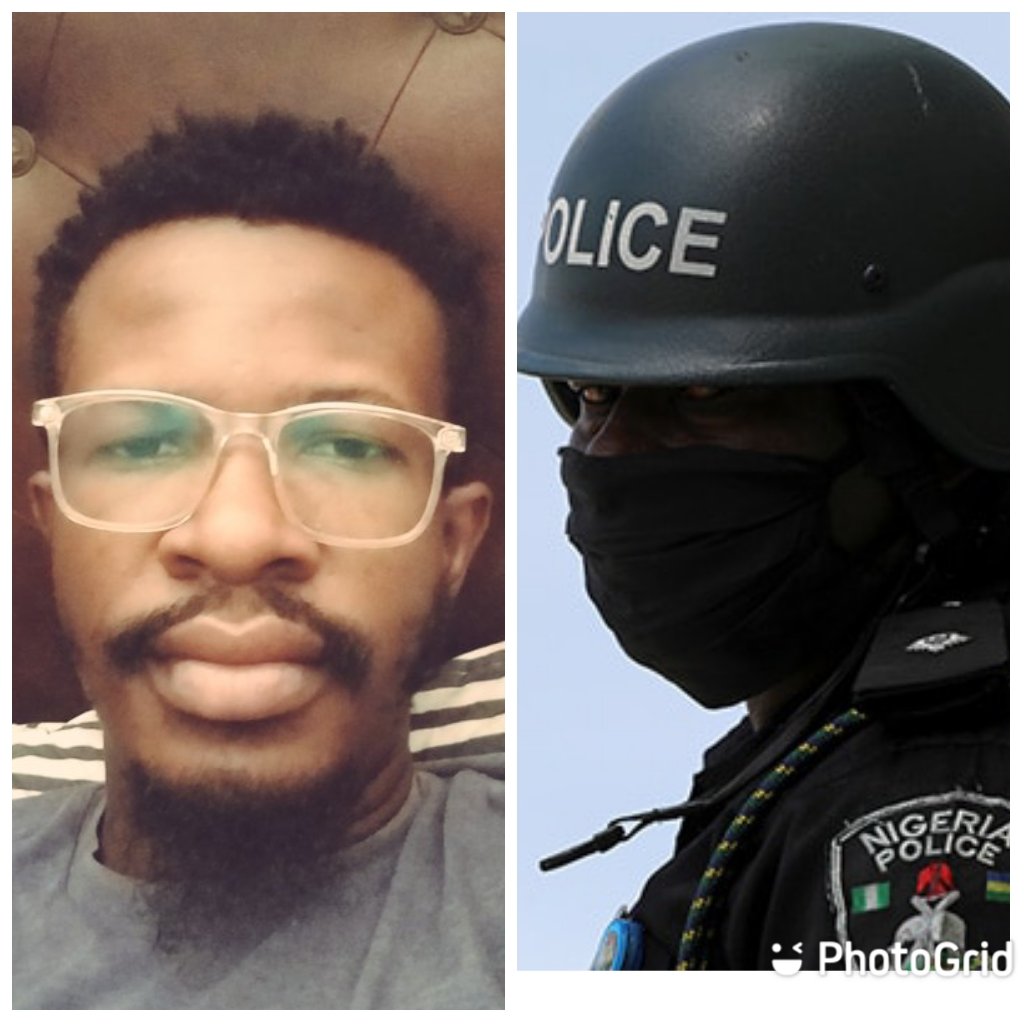 A man identified as Thabiso on social media has accuser the Federal Criminal Investigation and Intelligence Department, FCID, Lagos State, of kidnapping him over an undisclosed offence.

Narrating his ordeal after retweeting the case of a missing person on Twitter, Thabiso revealed that most people who are missing are languishing in police cells without the knowledge of their families.

Thabiso stated that he ordered an Uber ride from the immigration office when his ride was stopped by policemen whom he initially thought were kidnappers, they jumped out of their vehicle, comes their gun and was ready to shoot.

Inquiring what offence he committed, the police officers couldn’t provide it but asked him to follow them to the police station at Alagbon. On reaching there, he was made to write a statement and asked to pay the sum of N10 million before he will be released.

How the FCID kidnapped me and demanded 10Million Naira

On Thursday ( 7th Oct 2021) I went to the immigration office to get my passport. I was done at about 11am, then I requested for bolt to head back home, almost getting home I kinda dozed off. On getting to Four points hotel the driver applied sharp brakes and then I woke up

Only to see a gold Toyota Camry stop in front of us and 4 men came out (one of them had a Gun) I was scared cos I thought they were kidnappers (which they actually were/are) another guy come out of the same car in Police uniform, they told the driver to park well.

And one of them asked the driver where he picked me up from and he told them passport office. The same guy told me to get down and go to the back seat. I asked for what reason. He asked if he could know me and I told him my name, he asked for a means of identification

I showed him my passport, he asked what I did I told him “I’m an Auto detailer ” obviously he didn’t know what that was, so I explained and he asked for my work ID, I told him I didn’t have that on me. He said he needed to see proof of what I did

And told the driver to head to their station in Alagbon (which is just beside the same immigration office I just left). They read all my chats and saw American bank details ( that belonged to my wife, a few friends and some third parties) next thing I heard

“I don catch am, this one Na picker” “you are fraudster” “you are laundering money” I was irritated and said “you know Wetin you dey talk at all??” That started speaking Benin language amongst themselves till we got to the station.

They now told me to pay for the fare, I said that was not my destination and I came down, I don’t know how they sorted it. I was taken to their office and they started interrogating me. I explained how the account details came about

That I have a friend that had dollars in his US account and needed naira, and I was able to get people to buy them off from him. And they asked if I had the license to Run a BDC or if I was a licensed middle man, I said “ehn I no understand”

That’s how they started making threats that they were going to naked me and made sure I ended up in jail the next day after parading me to the media and charging me to court for money Laundering and illegal Trading.

They printed out 50 pages from my Whatsapp conversations (anything relating to money, plus the account details). I asked to make a call but they refused and said until I write a statement before they “maybe” allow to make any call. I said I wasn’t going to do that

I kept quiet most of the time, so it triggered them. It was getting late, so I wrote the statement (in the best way I could explain the situation). After that I was taken to their female boss ( a real witch) she threatened me with jail term and said she would make sure I never

Leave the country cos they had my finger prints, I kept quite. They made a video of me holding the 50document and my statement and were asking me “what do you have to tell Nigerians?” It got to a point I started getting weak cos I was fasting but the whole drama got me hungry

I begged them to let me just go home, that they have no right to detain me, all they have to do was further investigate whatever it is they saw, which is the right thing to do. That fell on deaf ears. Then I started begging them that I just wanted to go home that my wife would be

Worried, and nobody knows where I was at that moment, they said I should call someone to come and negotiate with them, then I said okay.. they gave me the phone (Na there then fuck up) but thank God they did. So I called my mom and told her where I was, she sent a family friend

To the station, on him getting there, there was no record of me in that police station, he called several times they didn’t allow me pick up, after a while when their attention was diverted I picked the call and told the man the building I was in (he was about leaving)

Long story short, they told him to bring 10Million Naira before they can let me go, I even offered them 200k they insulted my life. Police station closed at 6pm, they took me to detention, took off my shoes, wedding ring, chain and belt. I begged the warden to please put me in a

Better cell (make den no beat me inside) so I gave him 3k, so they kept me in front of the cell with some other people awaiting to go in as well. The stench was killing, I said “God I am not praying and fasting for nothing, you cannot make me sleep in this mess”

It was about 10:30pm when they started taking us into the cell, I told the guy I wanted to pee but I preferred to pee outside before going in, I spoke to God again “ you have to do this last minute miracle, I don’t know how you are going to do it, but I will not sleep here”

The warden shouted and told me to hurry up, that he was taking me to cell 3(for criminals), say I dey form sharp abi, Omo my heart cut!!! As I was about putting my foot in I just heard my name, one of the guys that arrested me earlier had come back to the station, at 11pm.

And the warden said “Ahan Wetin you still dey find for office, you don dey do 24hours duty? The guy said “ Na sleep I dey sleep when I get call say if den born my papa well make 12 meet AIG pikin for cell”
He took me back to the office, gave me back my passports and belongings

He apologised and said “why you no tell us naa”
Apparently that whole team had been called back to the station by that night by the AIG, who happens to be my Dads childhood friend.