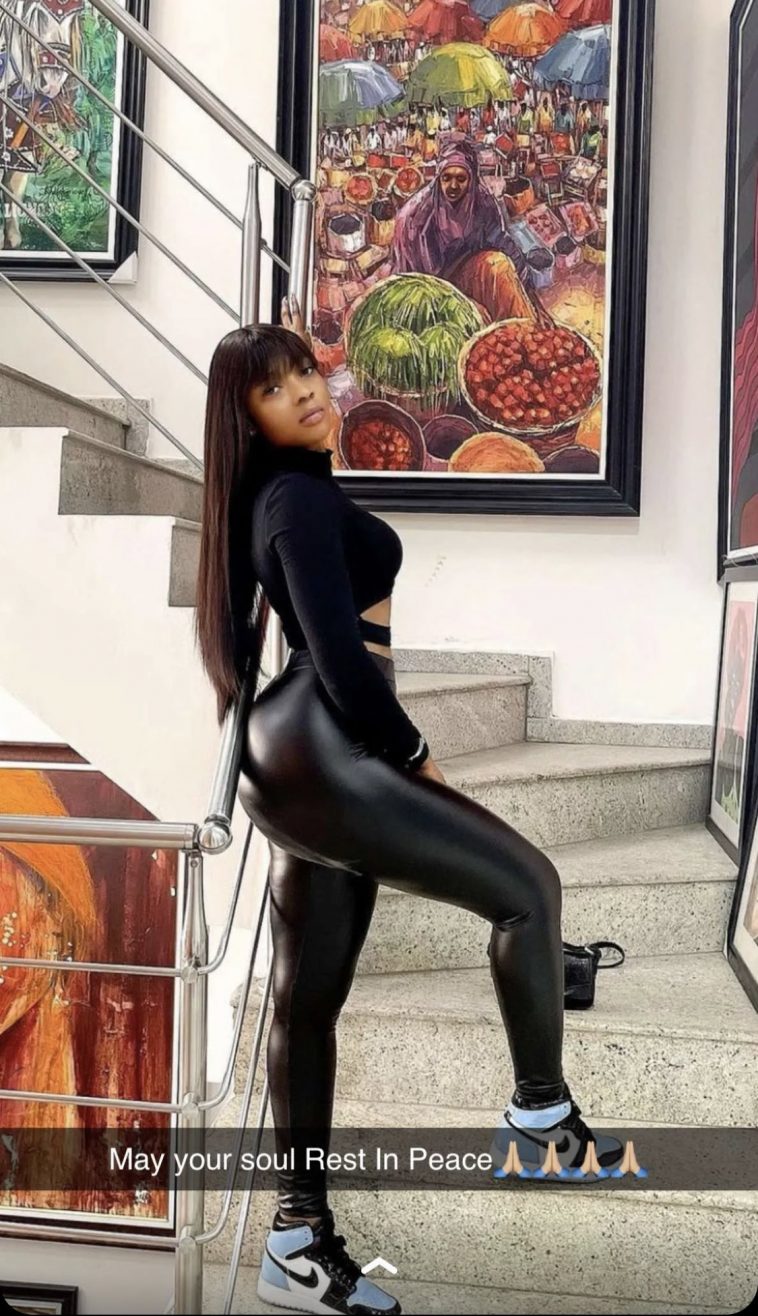 A lady identified as Crystabel has died after going undergoing body enhancement or plastic surgery at Cynosure Aesthetic hospital in Maryland, Lagos State.

Friends of the victim have taken to social media to demand justice for the victim whom they said died over carelessness from the doctors.

It was gathered that Crystabel started bleeding after the surgery and when she complained, she was told by the surgeon that it was normal and provided her with no care until she gave up the ghost.

The hospital, which has restricted comments on its page, deposited her body at the mortuary without contacting any of her families. They gave a letter to the friends on the deposited body of Crystabel.

Her friend with the handle posh cupcake has this to say, “I want to bring this to the public, A friend just died at this hospital in Lagos Nigeria, a few days ago. where she underwent surgery.

Now I’m not against anybody that wants to enhance their body or anything as such, is your body life and choice, So do want you to love – But I’m against doctors that claim they have experience abroad, come down to Nigeria to kill young people, after the surgery she complained of bleeding and the doctors claimed is normal it will stop, now this is the problem, how are you a highly skilled and professional plastic Surgeon with experience abroad and someone you finish operating on, complained about bleeding 喝 and you said is normal it will stop? Neglecting her no care whatsoever! Are you sick!  the most annoying part here is, that this gal died days ago without anybody knowing and the
Hospital did not find it needful to contact any of her relatives.

Until the few friends who knew she was going for surgery said she was supposed to have been back for days now, now they decided to go to the hospital to check on her; arriving they were offered a letter that her body has been deposited at the mortuary  this is sickening, now I think the government need to come into this health System and check the capability of most surgeons and make there own research if they are well-trained surgeons to be able to operate on humans if not their License should be seized! Arrest and jailed!

RIP Crystabel 
The first fame on their page is here! They have blocked all the comments, because her friends were commenting and seeking justice, for days now the hospital has not released any letters on their page about her, because they don’t want the public to know about it.”