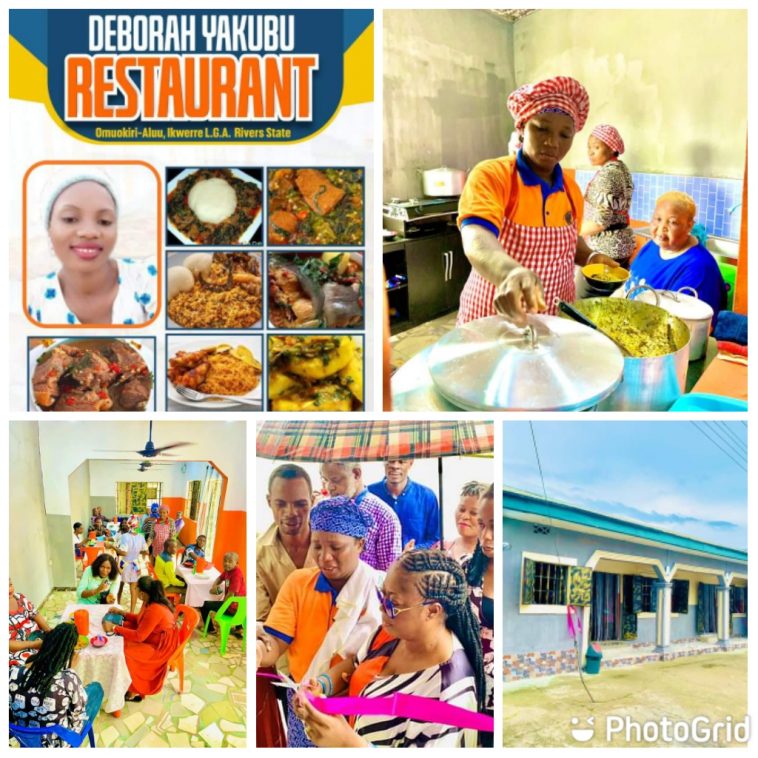 The founder of Omega Power Ministry, Apostle Chibuzor Gift Chinyere has donated a restaurant to the family of Deborah Yakubu, the murdered 200 level student of Shehu Shagari College of Education Sokoto.

The restaurant comes in addition to the house, car and scholarship after their relocation to Port Harcourt in Rivers State.

“APOSTLE CHIBUZOR CHINYERE DONATES A RESTAURANT TO THE FAMILY OF LATE DEBORAH SAMUEL
Today, 20 June 2022, the general overseer of OPM donates a restaurant to the family of Deborah Samuel Yabuku this is after relocating them to Port Harcourt, giving them a 14 flat mini estate which  10 flats has already been taken. A fully furnished 2-bedroom flat, a car, placing the young children on scholarship and now a big standard restaurant with generator, a big fridge.
All these are fully sponsored through the tithes and offerings in OPM C”

Recall that the Christian girl, Deborah Yakubu was stoned to death and burned over an allegation of blasphemy by her fellow students.

After her death, her parents swore that none of their kids will be going to school anymore but Apostle Chinyere stepped in and relocated the family.