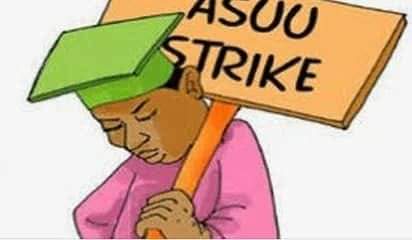 The Academic Staff Union of Universities (ASUU) has been on strike for nearly five months now. As a consequence, hundreds of thousands of students in public universities are idling away the days doing nothing. They are seething in anger and frustration as they helplessly watch their collective destinies being imperilled by an insensitive and conscienceless government.

Parents and guardians are distraught with discombobulation. They can’t plan and have zero alternatives to public universities since foreign university education isn’t an option for them, and private universities in the country are out of their reach.

So, many homes are filled with angry, frustrated students forced to live with parents and guardians who are overwrought with angst, uncertainties, and crippling bewilderment. You can imagine the turmoil this combustible mix is activating in many homes.

Yet most people who aren’t students or parents don’t seem to care. The national mood is firmly fixed on the 2023 elections whose outcome is predictable even before its occurrence. The Buhari regime has given up pretending that it cares, and its officials wallow in complacent self-absorption.

Two weeks ago, Information and Culture Minister Lai Mohammed said, “I wish that the ASUU issue is as simple as many of us think it is. I don’t think it’s that simple. But I want to assure you that a lot is going on behind the scenes.”

What is complicated about ASUU’s demands? Replacing the fraudulent Integrated Payroll and Personnel Information System (IPPIS) with the University Transparency and Accountability Solution (UTAS) that ASUU members designed? Or is it the money needed to revitalize the system, which pales in comparison to the billions government officials steal every day?

Well, it’s always the style of people in power to mystify the business of governance when their self-interest is not at stake. Everyone knows that if the children of ministers attended public universities, this strike would have been over by now. It would have been resolved with the same speed with which the National Assembly passed the one-item amendment to the Electoral Act 2022 that Buhari has refused to sign.

Education Minister Adamu Adamu is now completely uninterested in the health of Nigerian universities and doesn’t seem to care whether or not Nigeria’s youth are in school. He pretended to care for a little while but now leaves no one in doubt that he couldn’t be bothered if Nigerian universities are shut down forever. This is such a perfidious letdown. And I say that with a lot of pain.

I had thought that even if he didn’t achieve anything as the minister of education, he would ensure that our universities are at least minimally operational and that ASUU won’t have a reason to go on strike in light of what he had written about ASUU strikes in the past. He is turning out to be infinitely worse than the people he’d criticized.

Thanks to Adamu’s blithe unconcern, it seems like public universities are condemned to be closed until the shelf life of the Buhari regime expires. Yet the Joint Admissions and Matriculations Board (JAMB) still sells forms to prospective public university students and conducts tests for spots that don’t exist. In the interest of basic decency, shouldn’t the Unified Tertiary Matriculation Examination be suspended until public universities reopen?

Why is this government allowed to get away with this sort of cruel insensitivity? Previous governments got a lot of grief for ASUU strikes that lasted this long. But the country appears to have moved on and left our youth to their fate. What’s going on? How can this be happening?

More than a month ago, the National Association of Nigerian Students (NANS) threatened mass action to compel the government to resolve the issues that propel the ongoing ASUU strike but, as usual, they have chickened out. NANS has been dead for decades, and every momentary sign of life quickly turns out to be an optical illusion.

The Nigerian Labor Congress (NLC) has said it would hold a one-day nation-wide protest to call attention to the federal government’s nonchalance to the ongoing ASUU strike and to highlight the plight of students who are being kept at home to wither away.

But I don’t trust the NLC anymore. It has become the outpost of nakedly mercenary intrigues since at least since Adams Oshiomhole became its leader. The Nigerian labor movement is now officially an extension of the government, which extinguishes any revolutionary fire it touches. It infiltrated and extinguished the OccupyNigeria movement in 2012 and has done the same thing to every popular cause in Nigeria since then.

A labor movement influenced by depraved, treacherous, compromised, pro-regime labor aristocrats like Issa Aremu—who has recently been compensated with an appointment for his shameless pro-regime propaganda—can’t cause the government to do the right thing. It is part of the government.

The news media and civil society activists also appear indifferent. There seems to be something about this regime that anesthetizes the population, including previously critical sections of the population, into troubling quietude and inaction. How can public universities be closed for an entire semester and there is no hell being raised anywhere?

It’s now becoming routine for people to advise students forced to stay at home because of the strike to learn new skills while the strike persists. I know the advice comes from a good place, but that shows a society that has made peace with the anomaly of prolonged strikes and governmental irresponsibility. That, for me, signals hopelessness and capitulation.

Well, we should all know that an entire generation’s future is being stolen with impunity by people who were given everything when they were young and who still mooch off our patrimony as adults.

Vast swaths of young people who are not privileged to have alternatives to public university education are losing not just their hopes and dreams but their passion for education— and even life itself. Many of them are exploring options for survival whose consequences will unsettle the smug self-satisfaction of our elite and their children.

Parents are also questioning the utility of higher education. And university teachers might desert university teaching in droves before the end of the life of the Buhari regime. This is not the state any society that wants to thrive in the 21st century should be in.

I hope that for the future of Nigeria, people of conscience and foresight will prevail on the Buhari regime to accede to ASUU’s demands and get our youth back to their campuses. There is so much more to be lost than anyone can articulate if this strike is allowed to linger. This is about the future of Nigeria. It’s a shame most people don’t care about this.