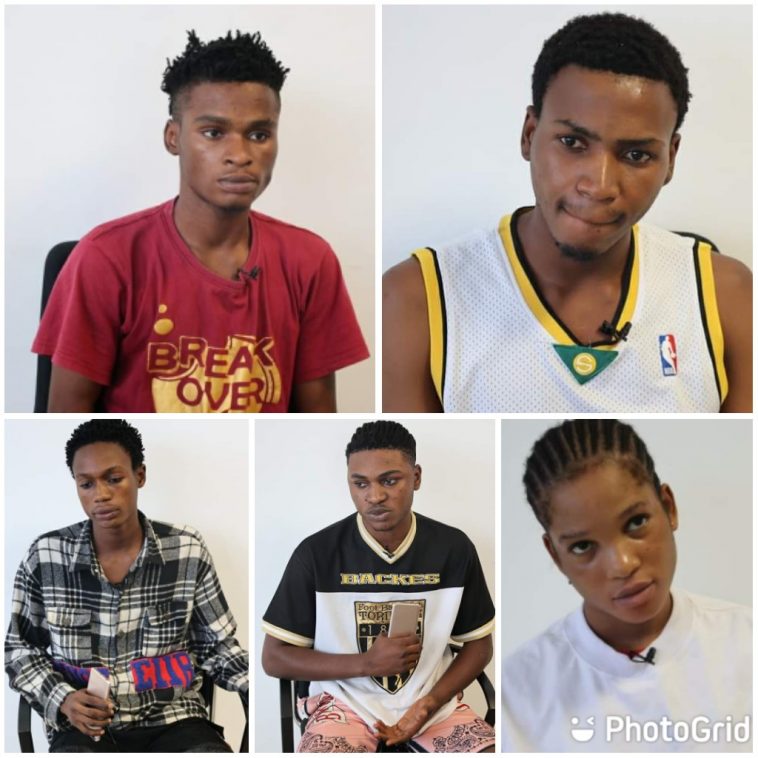 Operatives of the Economic and Financial Crimes Commission, EFCC, on Friday, July 1, 2022, rescued an alleged kidnapped yahoo-yahoo apprentice, 17-year-old Destiny Peter from an apartment in Mpape, a suburb of the Federal Capital Territory, Abuja.

Peter had on July 1, 2022 contacted the EFCC on its official twitter handle,@officialEFCC, narrating how some yahoo-yahoo boys kidnapped him and intended to use him for rituals.

He was guided to send a screenshot of his location to the Commission, using the Google Location App in his Android phone.

In a series of tweets, Peter wrote:

“Good afternoon sir, I called the EFCC number and lay some complaints about some yahoo boys intending using me for ritual and he said I should send a screenshot of the location

“The house is in Mpape, but don’t know the exact place so check google map and save the screenshot.

“I’m in the bathroom because I don’t want his boys to know what I’m doing.

“My name is Destiny Peter and the place is Mpape. I don’t know the actual place but I used google maps and the people in the house now are his boys. Hold on let me try and do a video, sir”

Upon the twitter alert, the EFCC quickly mobilized a team of detectives to the area for his rescue, and they found him locked up in a room. They rescued him and arrested 16- year-old Aboaba David, 18 –year-old Isaac Johnson, 20- year-old cook, Miracle Moses, a hair stylist, and the leader of the syndicate, 20 –year-old Jamilu Aliyu, popularly known as Jamilu Smith.

During interrogation, Peter said he was threatened by Jamilu Smith, leader of the gang. He further stated that Smith threatened him, that if he was not able to cash out (defraud) people within two weeks, he would be sacrificed for rituals

Under interrogation, David said Smith was their leader and recruited them to join him in scouting for potential online dating victims for fraud. All other suspects pointed at Smith as their leader.

On his part, Smith debunked Peter’s claim that he was kidnapped. He rather said Peter’s brother brought him to him willingly to teach him bitcoin and gift cards trading.

All the suspects are in EFCC’s custody for further investigation, and would be charged to court as soon as investigation is concluded.