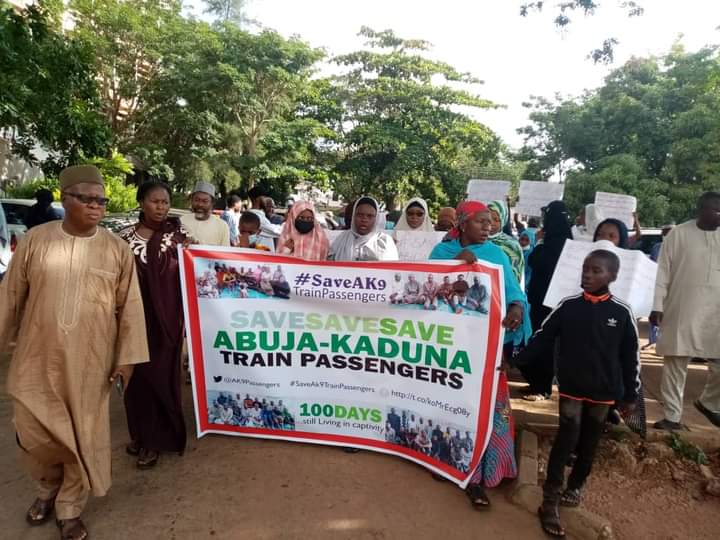 The families of the kidnapped victims of the Abuja-Kaduna train attack are protesting and demanding action as terrorists threaten to start killing the remaining victims in their custody.

The protest is going on in Kaduna State on Wednesday, as the terrorists claim that the Federal Government has failed to engage them over the release of the remaining victims.

The victims were attacked in Katari, Kaduna State, by suspected terrorists. Some of the victims were released after some ransom was paid while others who couldn’t afford it has been held captive.