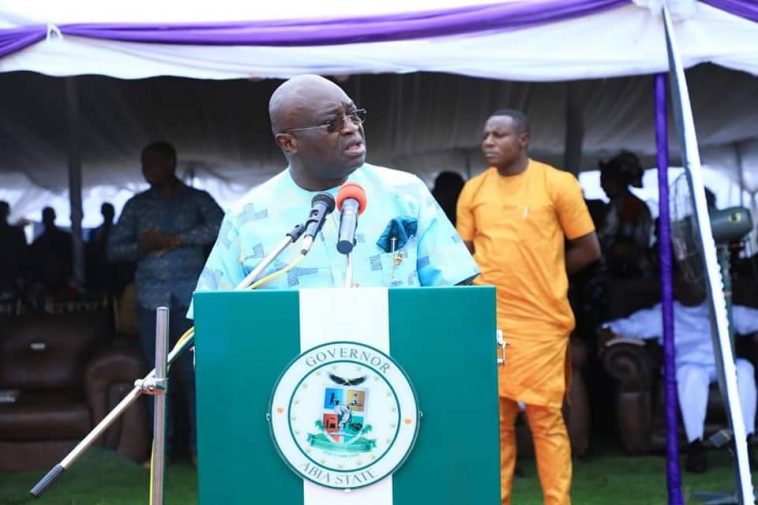 The remains of Late Elder Mrs Felicia Edeomola Wabara, wife of former Senate President, Senator Adolphus Wabara has been laid to rest in her Ohambele-Ndoki home in Ukwa East LGA.

Speaking during a funeral service conducted by the Anglican Church at the Ikwueke Community Secondary School, Ohambele, Governor Okezie Ikpeazu said that death is a certainty and the ultimate end for all mortals.

Governor Ikpeazu said death symbolizes the power and total authority of God over His Creation and urged the Wabara family to be consoled as God knows all and prayed that the death of Elder Mrs Felicia Wabara will further unite the Wabara family, Ndoki land and consolidate peace in Abia state.

In a condolence message, the Governor of Imo State, Senator Hope Uzodinma represented by his Deputy, Professor Placid Njoku said that Senator Wabara has served the country meritoriously in many capacities and condoled with the entire Wabara family on the death of Late Elder Felicia Wabara.

In a sermon, entitled “Remember Me”the Primate and Head of the Anglican Church in Nigeria,, The Most Rev. Dr. Henry Ndukuba described the deceased as a Worthy Pilgrim who lived a fulfilled life , spent in the service of God and humanity.

He said that death is not the end for believers but the beginning of a new phase and urged the Wabara family to bear the loss with fortitude.
The Primate led the Anglican Bishops of Ukwa Diocese, Rt. Rev Manasses Okere, Isiala Ngwa, Rt Rev Temple Nwogu, Arochukwu/Ohafia, Rt Rev Johnson Onuoha, a former Bishop of Ukwa, Rt. Rev Eze (Rtd) and a host of other Ministers.

Speaking, the Chief Mourner and husband of the deceased, Senator Adolphus Wabara said his late wife died in her faith as she did not waver in the service of God and appreciated the Governor and others for standing by his family in this trying period.