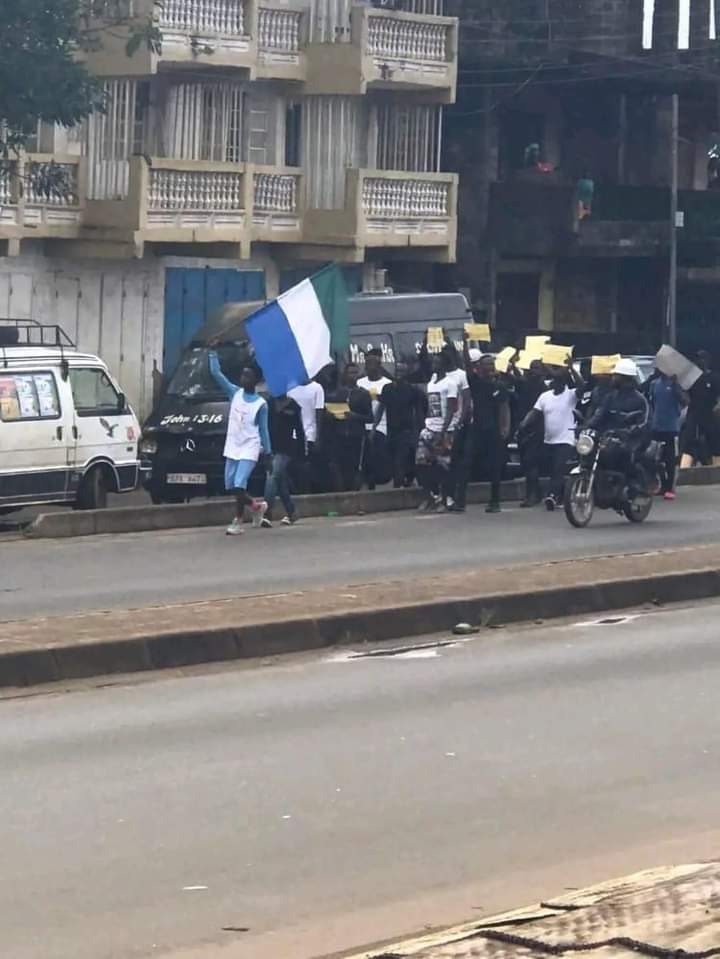 Citizens of Sierra Leone are protesting in parts of Freetown, the capital of the country and other locations over the increased cost of living among other economic hardships.

It has been reported that two police officers and one civilian have died after a day of anti-government protests at the city’s main mortuary said on Wednesday.

Viral videos from the protests showed there were breakouts of violence.

Currently, the government of Sierra Leone imposed curfew from 3 pm and internet blockade.

“As a government, we have the responsibility to protect every citizen of Sierra Leone. What happened today was unfortunate and will be fully investigated.”

“These unscrupulous individuals have embarked on a violent and unauthorised protest which has led to the loss of lives of innocent Sierra Leoneans, including security personnel,” said Vice President Mohamed Juldeh Jalloh in a video address.

It was gathered that citizens are protesting due to the sickening justice system, economic hardship and the frustrating poverty experienced by the citizens.