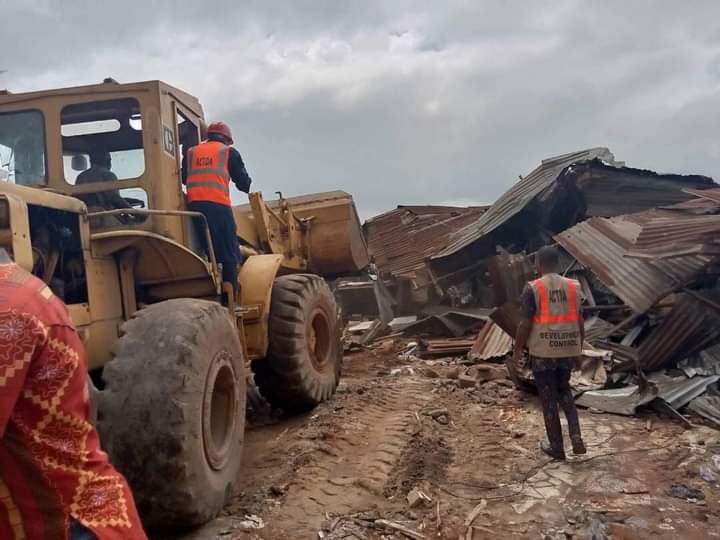 Earlier today, the Managing Director of Awka Capital Territory Development Authority (ACTDA), Ven. Amaechi Okwuosa, reiterated the readiness of the Anambra State Government to rid the state of shanties and illegal structures in other to get the state to a befitting status of the state capital.

Ven. Okwuosa said this, during the demolition of shanties at Agu – Awka, close to international convention center.

Speaking further, the ACTDA Boss said that notices of vacation orders were issued to them in the years 2020,2021 and 2022 respectively.

More so, the leaders of those illegal occupants were contacted to vacate the land but they termed it” business as usual “, hence the demolition.

“We are enforcing this control based on the fact that there is insecurity in the state”
“We have a lot of criminal activities going on within this vicinity, ranging from property snatching,attempted kidnapping to car vandalism “

Okwuosa further warned those with the intent of illegally occupying any open space to desist from doing so because anyone found wanting, will be sanctioned.

The Authority went in the company of Men of the civil defence, Anambra State vigilante services and Men of Operation Clean and Healthy Anambra (Ocha Brigade).