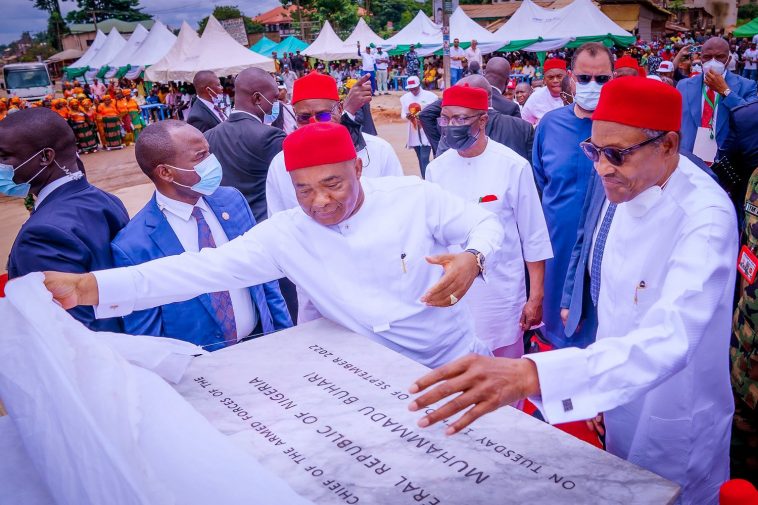 President Muhammadu Buhari has stated that the Federal Government will continue to support the government of Imo State to provide dividends of democracy to its people.

This, he said when he visited the State to commission projects built by the Hope Uzodinma led administration on Tuesday September 13 2022.

President Buhari revealed that within the 3 years administration of Governor Uzodinma, he has made two official visits to the State owing to the projects done by the Governor.

As the Igbos say, a good road deserves a second passage. It is a pleasant coincidence that the name “Uzodinma” is derived from this same idiom. It is therefore not surprising that the Governor has made the provision of good roads one of his top priorities.”

President Buhari revealed his delight towards commissioning the projects which has shown that the State Governor was prioritising provision of infrastructure in the State.

“I am very happy to see that the @OfficialAPCNg administration of Governor Uzodinma is emulating the Federal Government in our commitment to critical infrastructure. I commend the Governor for being able to do this with the limited resources at the disposal of the State Government.

The Federal Government will continue to support the government of Imo State to ensure that it continues to provide the dividends of democracy to the people.”

The President commissioned the Owerri to Orlu, Owerri to Amaraku and the House of Assembly road projects today.