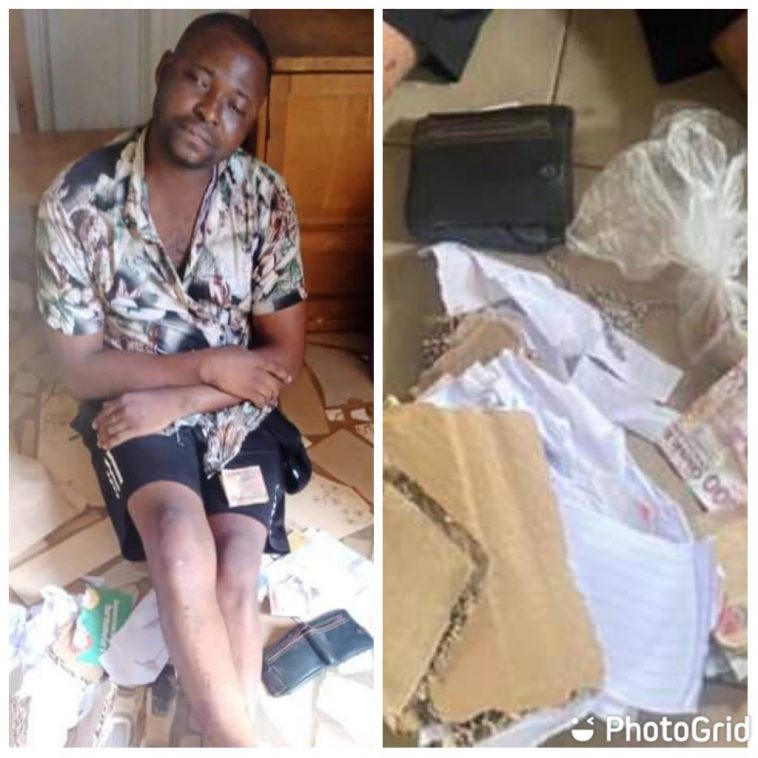 The Anambra State Police Command has intercepted a 26-year-old man, Chisom Nweke for using charms to defraud POS operators in the State.

DSP Ikenga Tochukwu, the Police Spokesperson in Anambra revealed in a statement on Thursday that Chisom was arrested on the 15th of September 2022 at about 9 in the morning.

Chisom who hails from Umugwule, Awka along Amawbia round was notorious for defrauding POS operators in Awka and its environs.

Further investigation also revealed that the suspect cut plain white papers in the size of the money and gives to POS operators for deposit.