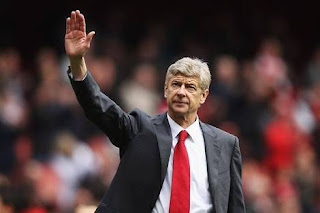 Arsenal manager, Arsene Wenger is to leave Arsenal at the end of the season, ending a near 22-year reign at the club.

The Frenchman departs a year before his latest contract was due to expire.

The Gunners are sixth in the league and set to miss out on a top-four spot for the second straight season, with their hopes of reaching the Champions League resting on winning the Europa League.