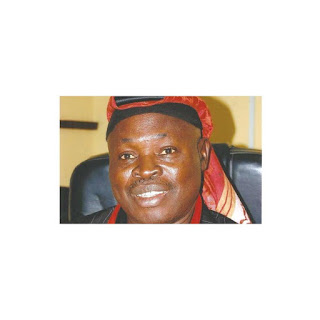 
The group, in a statement released by Professor Ishaq Akintola, its Director, on Monday also accused the media of deliberately twisting Buhari’s statement as it argued that the president did not use the word ‘lazy’ in his speech.

The group said, “Nigerians need to contextualize the president’s comment. Many of our youths are lazy but we don’t want to admit it. Instead of commending this truthful leader, we started calling him names.

Collective amnesia appears to have gripped Nigerians. We have forgotten that Buhari is not the only leader who described Nigerians and the youth in particular in this manner.

Governor Dickson in a media chat on 17th May, 2016 was alleged to have said, “Bayelsans are so lazy, they want everything free, they don’t want to work”.

Senator Shehu Sani added flavor to this in December 2017 when he reportedly said: “Northerners are lazy and unproductive”.

During the launching of a book written by Chief Gani Fawehinmi in 1974, Obafemi Awolowo complained that, ‘The trouble with many of our youths is that they sleep too much; play too much, and indulge too much in idle chatter and gossip.’

If indeed the above were the views of a governor from the South-South, a leader from the South West, a former military president, an ex-vice president and a distinguished senator, all of whom are from the North, it stands to reason that Buhari has not said anything new.

Neither is this pragmatic assessment of citizens by their leaders limited to Nigeria. During a town hall event overseas, ex-President Barrack Obama referred to Americans as lazy.”
The group urged Nigerians to embrace a new political culture that promotes hard work.