Era of ‘Dubai Roads’ is Over, Ikpeazu Says as He Commissions Roads in Aba

The Abia State Governor, Dr Okezie Ikpeazu, has assured residents of Aba that the era of “Dubai roads” is gone in the city as his administration has set standards that must be followed by others.

Speaking during the commissioning of the 2.3 kilometres Osusu Road, Aba, reconstructed by the administration using rigid pavement (cement) technology, Governor Ikpeazu who also commissioned 3 other roads today as part of his “Kinetic Abia” tours appealed to the people of the state to work hard to protect roads done in their areas.

After expressing satisfaction with the completion of the roads, the Governor noted that Osusu Road is of great economic value to the state, as it is one of the gateways to the famous Ariaria International Market in Aba. He further informed that his administration has so far constructed 5 other access roads to Ariaria area of the state.

Governor Ikpeazu recalled that before the reconstruction of Osusu Road, economic activities in the area was crippled, saying that the project has now greatly restored the people’s diminishing means of livelihood.

The Governor said that his administration did its best in giving the people a quality road using the rigid pavement technology which is a sure way to prolonging the lifespan of roads. 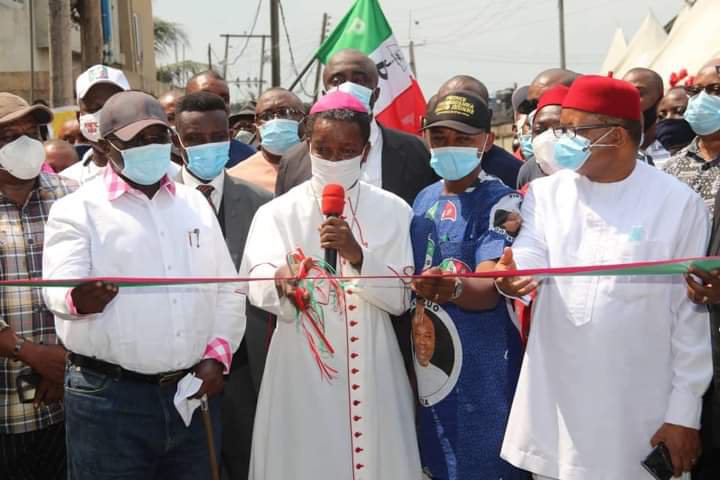 He said that the era of “Dubai roads” is gone in the state as his administration is poised to giving Abians roads of the highest quality using the rigid pavement technology which is now the minimum standard of the State Government.

In his words: “The era of “Dubai roads” is gone in Aba and Abia State. Our Government is committed to executing durable road projects using the cement pavement technology in Aba in particular and other necessary parts of Abia in general. This is the standard we have set for ourselves from the inception of this administration and I am confident that whoever succeeds us will be resisted by Ndi Abia if he or she attempts to construct the “Dubai roads” that we saw in the past in this state. The era of “Dubai roads” is gone for good and there is no looking back”, he said.

The State Chief Executive then directed the Commissioner for Works and other relevant government officials to immediately fast track the ongoing work on Ngwa Road within the next four weeks without compromising quality or risk being relieved of their duties.

Governor Ikpeazu urged residents of Osusu and other newly commissioned roads to set up a task force to protect the roads against vandalism and assured that Okigwe, Immaculate, Cemetery, ABSUTH and other ongoing road projects in Aba will soon be completed and commissioned.

While addressing newsmen after inspecting the newly reconstructed Milverton, Eziukwu and Ojike Roads in Aba, Governor Ikpeazu stated that the Osisioma flyover will be ready for use within the next four months as the project contractor has been fully paid for the job and expressed worry over the absence of Arab Contractors Company handling the Osisioma-Asa Nnentu axis of the Enugu Port Harcourt Expressway project. 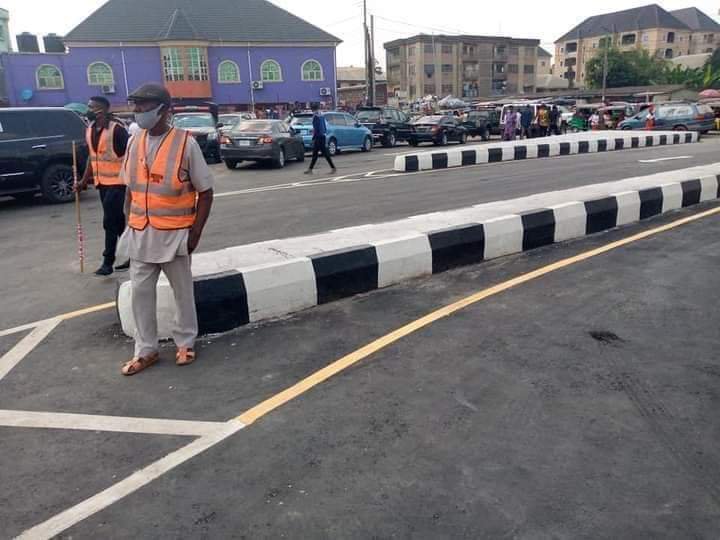 He also expressed worry over the slow pace of work on the Ngwa Road project which includes the construction of an underground tunnel in the road to help channel stormwater to Aba River from the Ndiegoro area of the state revealing that work is ongoing along Ohanku and Obohia Roads respectively.

Speaking while commissioning Osusu road, the Apostolic Nuncio and Head of diplomatic Missions to Jamaica, Trinidad and Tobago of the Catholic Church, the Most Rev Fortunatus Nwachukwu noted that Governor Okezie Ikpeazu has written his name in gold through the project.

TheArchbishopp said that the array of projects executed by the Governor speak volume of the welfarist nature of the present administration in the state, a disposition that has put the Governor’s detractors to shame. He wondered why some people will de-market the administration and the state through baseless propaganda.

In his remarks, the Deputy Governor, Sir Ude Okochukwu said that the brand new Osusu road is Government’s best New Year gift to the Aba business community, adding that he is pleased to associate with the dreams, policies, philosophies and programmes of the Governor.

In their separate speeches, the state PDP Chairman, Chief Alwell Asiforo Okere and the Chairman House committee on works and member representing Isialangwa North State constituency, Chief Ginger Onwusibe described the road as one of the signature road projects of Governor Okezie Ikpeazu.

On his part, the Commissioner for Works, Dr Bob Ogu said that the brand new Osusu Road is a confirmation of the Governor’s resolve to bequeath the best road network to Abians and urged the residents to stand against any negative acts that could reduce the lifespan of the road.

The Project Contractor, Mr Uzoma Onuoha said that the road which can accommodate four vehicles at a time has its unique mark of quality as it was constructed using the rigid pavement technology.

Expressing their feelings, some indigenes and residents of the area including Eze Isaac Ikonne, Mrs Promise Nwagba, Mr Nnadozie Cajetan, the President of ASMATA, Chief Lucky Akubueze, a representative of National Association of Ngwa Students among others, noted that the road has remained inaccessible for decades, thanked the Governor for coming to their rescue and that of numerous others whose sources of livelihood depend on the road being accessible.

Governor Okezie Ikpeazu who earlier inspected the progress of work on the Ngwa Road, equally flagged off the reconstruction of Omuma Road, Aba, as well as commissioned a cluster of 3 roads in the Ogbor Hill area of Aba namely Egege, First Avenue and Ebenma/Ama Ohafia roads. He urged residents of the areas to ensure that they protect the road by ensuring proper disposal of refuse and monitor the road to ensure that hoodlums don’t burn tyres or illegally excavate it.