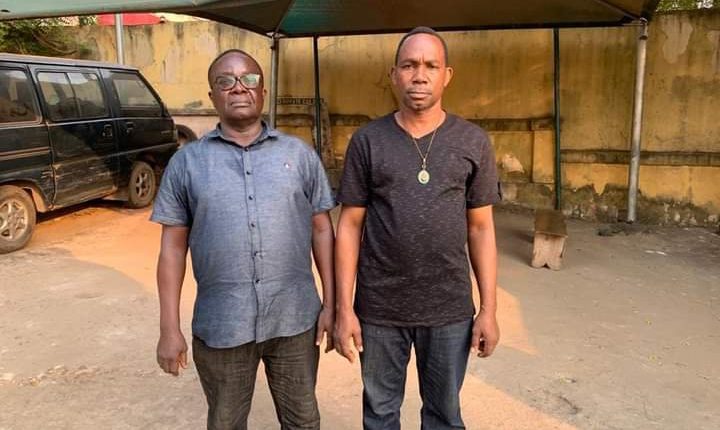 The Anambra State Police Command has uncovered a new dimension used by fraudsters to dispossess innocent citizens of their hard-earned money through dubious means after some suspects defrauded Emmanuel Anamene of N1.4 million.

In a press release made available by the Police Public Relations Officer, Haruna Mohammed on Friday, it stated that these “syndicates migrate from one State to the other with the same method of defrauding their unsuspecting victims after getting vital information of their victims through bogus links or fake investment adverts on social media platforms.

One of the methods used by these syndicate is to block the phone lines of their victims account for hours, clone it or re-register the number to generate the customer’s pin and thereafter drain all the money in that account within the shortest period.

It was given the foregoing and to stem the tide of these unscrupulous elements that the Command embarked on an intensive manhunt of the syndicate which led to the arrest of two suspects na namely Dr Madu Ifeanyi aged 50years and Mr Linus Onyekwere aged 60years all males of Ugonakpanpa, Onitsha. 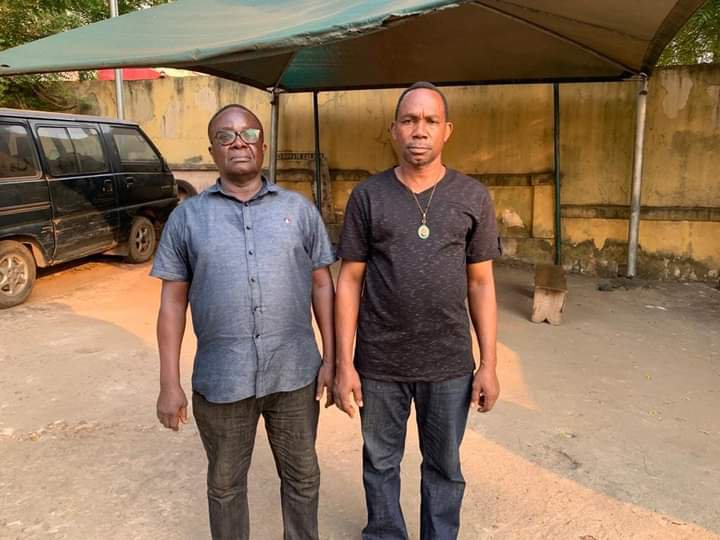 Imo Govt. Pulls Down Fence of ReachFM Owned by…

Suspects allegedly defrauded one Mr Emmanuel Anamene ‘m’ of Odakpu, Onitsha sum of #1.4Million Naira under the false pretence that they have a commonwealth loaning program whereby you pay #500,000 and gain One Million as interest after a month. The suspects also claimed to have a contract they executed with “former President Goodluck Jonathan” and the CBN requested them to pay #20 Million Naira before the contract money will be paid to them. They told the suspect to bring another sum of #500,000 as others have done to enable them to raise the #20Million needed by CBN to enable them to get the money from the Apex bank.

The complainant added that he has so far given them the sum of #1.4 million since September 2020 and has neither received any interest nor the principal money he invested and that he has been making several calls to the two suspects till the time of their arrests but they have not been picking his calls, The complainant further alleged that he is aware of many unsuspecting persons have been to the house of the suspects in Onitsha to do similar “investment” oblivious of their fraudulent motives.

It would be recalled that the Command issued a similar alert in September 2020 where fraudsters disguised as CBN staff in charge of all bank transactions which is non-existent and place phone calls to their targets whose bio-data were downloaded either through Facebook or other social media platforms and then demand from them their date of birth or biometric verification numbers (BVN) to gain access to their targets account numbers thereby transferring all the money into another account through electronic means.

Consequently, the public who fall, victims of such syndicates, are enjoined to immediately report at the Police Area Command headquarters, Onitsha to enable the police to carry out a discreet investigation to bring perpetrators to justice. The Command also urged the public to refrain from availing their personal information particularly National Identification Numbers (NIN), date of birth or biometric identification numbers (BVN) in order not to fall victims of these fraudulent practices.”