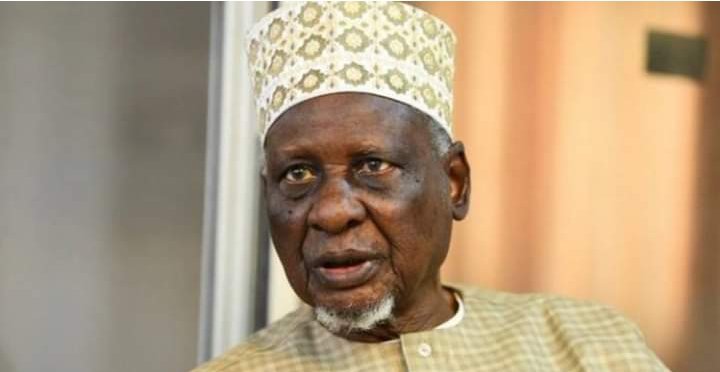 A founding member of the Arewa Consultative Forum and elder statesman, Alhaji Tanko Yakasai, has said other regions in the country are fond of blaming northerners for their problems when the North has the highest number of poor people.

Yakasai said though the North had produced more leaders compared to the South, it had numerous issues it is dealing with.

Speaking on Thursday at an online conference monitored by The PUNCH, themed, ‘The 2nd Never Again Conference: 51 years after the Nigerian-Biafran civil war’, hosted by Nzuko Umunna, an Igbo Think Tank, in partnership with Ovation International and Njenje Media, he said the fractional tendencies in the country must be addressed.

Some southerners have accused the North of ploys to dominate leadership positions and treat other regions of the country as second-class citizens. They have also alleged that the North was against the proposed restructuring of the country because it benefits from the current system, which they believe is unfair and unproductive.

Meanwhile, despite having ruled the country longer than the South, the North is said to have a higher number of out-of-school children, higher poverty and illiteracy rates, especially with the Almajiri system.

In his response to comments by Afenifere leader, Chief Ayo Adebanjo, and leader of the proscribed Indigenous People of Biafra, Nnamdi Kanu, both of whom accused the North of shying away from the compelling need to restructure the country, Yakasai said, “I’m a northerner but we are the most unlucky people in this country.

“Most people blame us for their problems but we are the poorest in the country. I was reading recently the number of billionaires in Nigeria and out of 10, eight were from the South and only two were from the North; Aliko Dangote and Abdul Samad Rabiu of BUA Group.

He said even though people could disagree during discourse about national issues, people should always create time to attend such events and contribute “because it is our collective contribution that would make the aggregate of the ideas that we want to sell to the country.”

Yakasai added that though the Nigerian Civil War ended over 50 years ago, the mistrust among major sub-regional groups remained a threat to the democratic process.

He said, “We need to learn from the Civil War of 51 years ago and address squarely the fractional tendencies in the country today. Unity, peace, trust, justice, democracy and development must be made to work for Nigeria to keep it stronger.”

In her remarks, a stalwart of the ruling All progressives Congress and wife of a former deputy governor of Kaduna State, Mrs Charity Shekari, said every region, including the North, had issues they were dealing with and that it was wrong to attribute the country’s problems to the North.

She added, “Each of us has issues we are talking about. Must people always refer to the North? Let us reassess how we will sit together properly and stop this victim mentality. I am from the Middle Belt and I have issues too.”

Meanwhile, a retired Permanent Secretary, Federal Ministry of Foreign Affairs, Ambassador Godknows Igali, said it was important for Nigeria to examine why some countries went through war, like Nigeria’s Civil War, and they became stable afterwards.

“Every country has a level of heterogeneity and diversity; so, diversity is not an excuse for people’s inability to build states,” Igali added.

“In a federation and a diverse country like Nigeria, we must listen to one another. We must continue to build a constitution that accommodates everybody. A situation where some people feel superior to others or where some don’t feel protected by the Constitution creates a problem. All parts of the country must have a sense of belonging.”

He said one way to avoid another civil war was to build a society where people feel protected and cared for.

He added, “In the Scandinavian countries where I was once an ambassador, the society takes care of the people and over there, n0body is poor and nobody is too rich. But here, people are hungry and there are no jobs. The elite must be able to create an environment where people can live like others.”