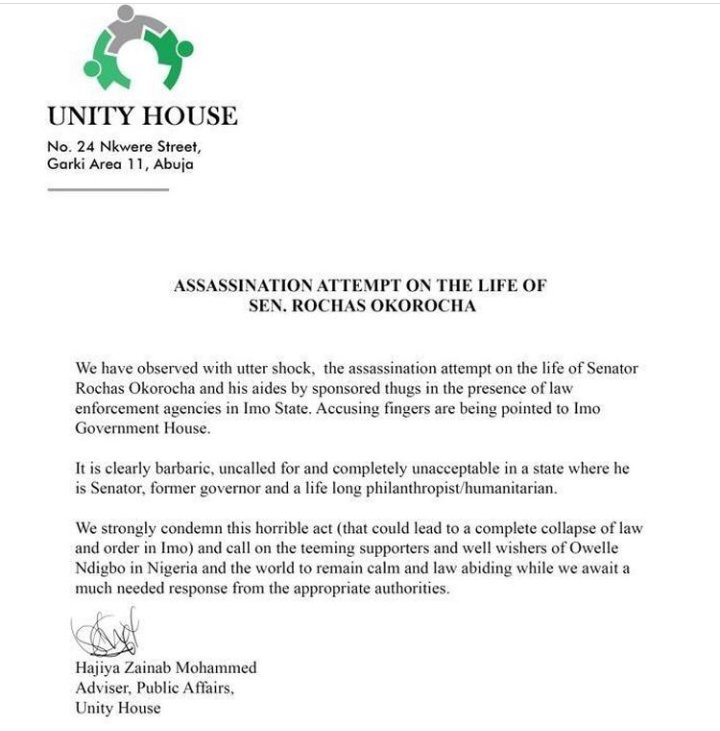 The Unity House has condemned the assassination attempt on the Former Imo State Governor and the Senator representing Orlu constituency, Rochas Okorocha.

In a statement released by its public affairs manager, Hajiya Zainab Mohammed, it said that the attack could lead to a total collapse of law and order in the State.

It also stated that the attempt was barbaric, uncalled for and completely unacceptable in a state where he was the former governor, current senator and a life long philanthropist.

It called on all supporters of Owelle Rochas Okorocha to remain calm and law abiding.

Recall that the former governor was arrested following an altercation at the recovered Royal Spring Palm Estate on Sunday after he arrived at the estate.