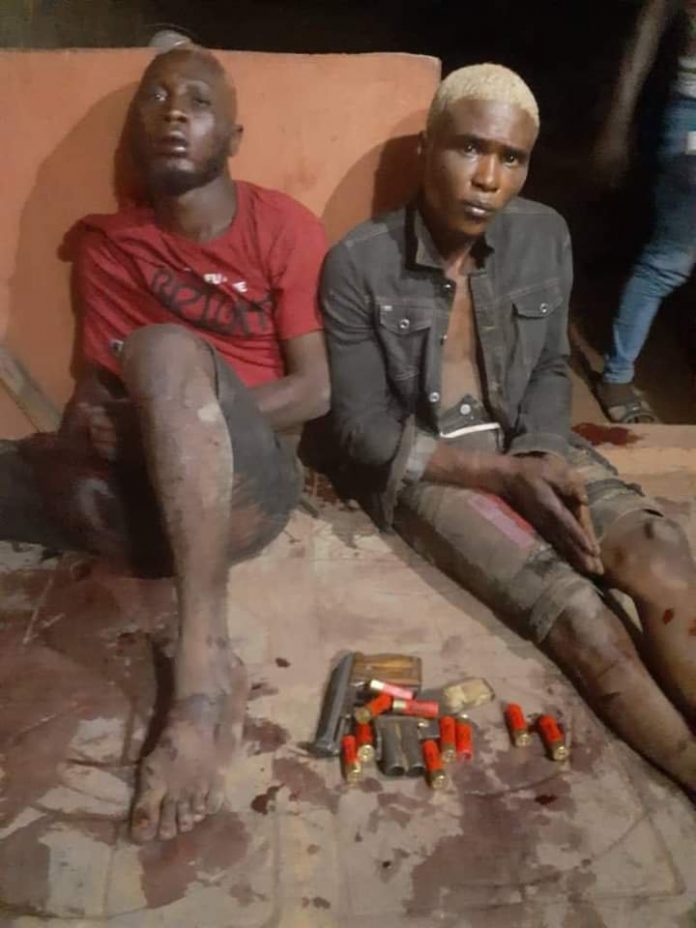 It was gathered that following a distress call on 27th February 2021, Police operatives attached to the Command Special Anti-cult unit in conjunction with the Scorpion vigilante group quickly moved to the scene. 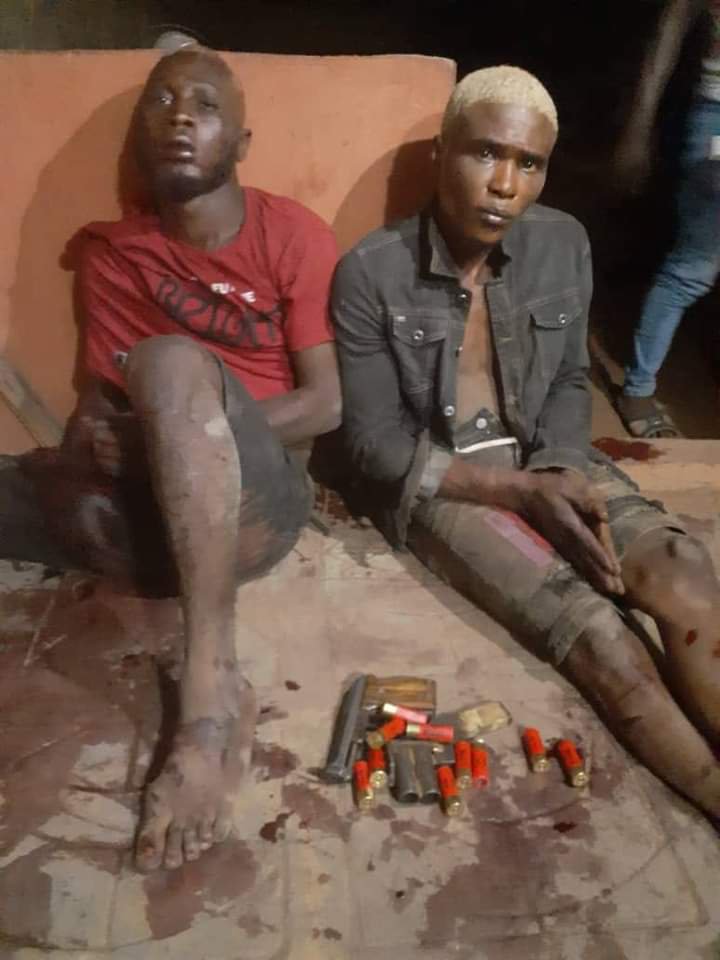 The police spokesman, Haruna Mohammed, revealed that on sighting the police, the robbers engaged them in a gun battle which resulted in the criminal suspects getting injured on their hand and leg.

The suspects were taken to the hospital for medical treatment and will be taken to court for trial.

The suspects have confessed to being a member of a secret cult group called Supreme Vikings Confraternity.

Items recovered include two locally made pistols and 10 live cartridges.