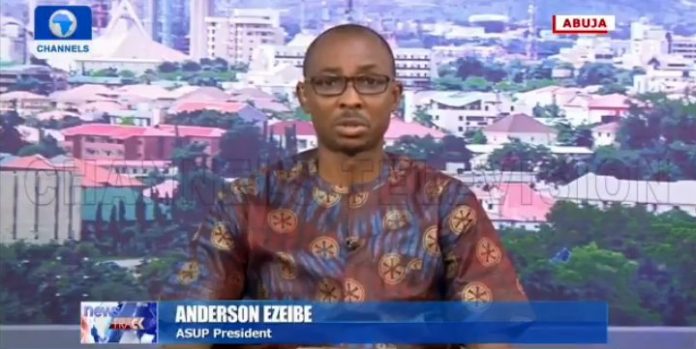 The President of the Academic Staff Union of Polytechnics, Mr Anderson Ezeibe, has stated that the federal government has appealed to the union to call off the industrial strike following the unpaid salaries of its workers.

He made this known on ChannelsTV which was monitored by Newsleverage on Tuesday stating that the industrial strike was well thought out as that is the only way to spur the government to act.

Mr Anderson revealed that the strike was stalled following the COVID-19 pandemic and after writing several letters to the federal government revealing their demands and felt that the government will have ample time to address their concerns but unfortunately, that wasn’t done. 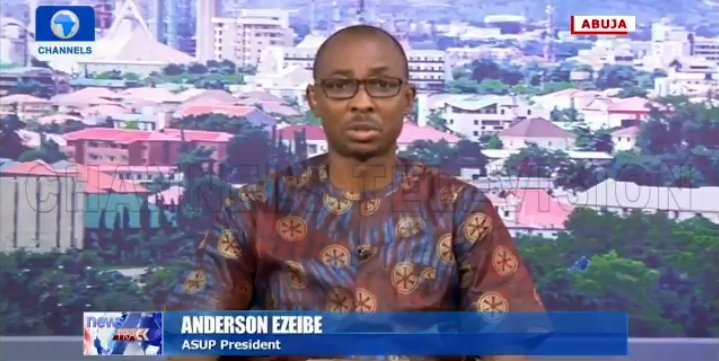 Since then, after uncovering the funding deficit for the sector which was over N800bn there has been no funding from the successive governments have not released a penny to bridge this funding gap which is getting wider by the day with the depreciation in the nation’s currency.

You must have heard of the situations in State-owned polytechnics like in Abia State where teachers are owed 24 months which is two years and they are expected to produce students that will transform this country.

In Federal owned polytechnics, our members are owed 10 months in arrears of the new minimum wage implementation and that is since April 2019.

We think this is not proper as we think that the government should pay more attention to the polytechnics and get our problems solved. Our ultimatum has been there since March 2020. The COVID-19 pandemic stopped us from embarking on a strike and it also gave the government ample opportunities to meet our ultimatum but unfortunately, over one year after, that wasn’t done.

We still have our people who have been victimised, dismissed because of their activities in the union which is not right. We have the office of the Accountant General of the Federation making demands of more than N20bn in purposes tax liability for about 20 of the federal polytechnics spanning between 2002 and 2018.

These are very spurious claims as no verification was done and some of the institutions were not even in existence in 2002. The government through the office of the Accountant General wants to transfer these burdens to the institutions and we think that the time has come to draw the attention of the public so it can spur the government into action.

These are some of the issues as outlined as the cause of the dispute between our union and the government.”

Mr Ezeibe further revealed that the meeting the union had with the government representatives was to present their challenges and demands which they are hoping will lead to several other meetings to resolve the issue.

“Several letters have been written in this regard before the strike, what has been lacking is the willingness of the government fo invite us for a meeting and tackle the issue as presented. We want the government to tackle these effectively so our members can go back to their duty post.

There were demands for the union to call off the strike but we told them that that was not the way the union operated. Before coming to the level of a declaration of an industrial strike of this nature, a whole let of the process is put into it. We expect the government to put their house together and invite us for more meetings. As of now, no date has been but we expect them to call us soon.”