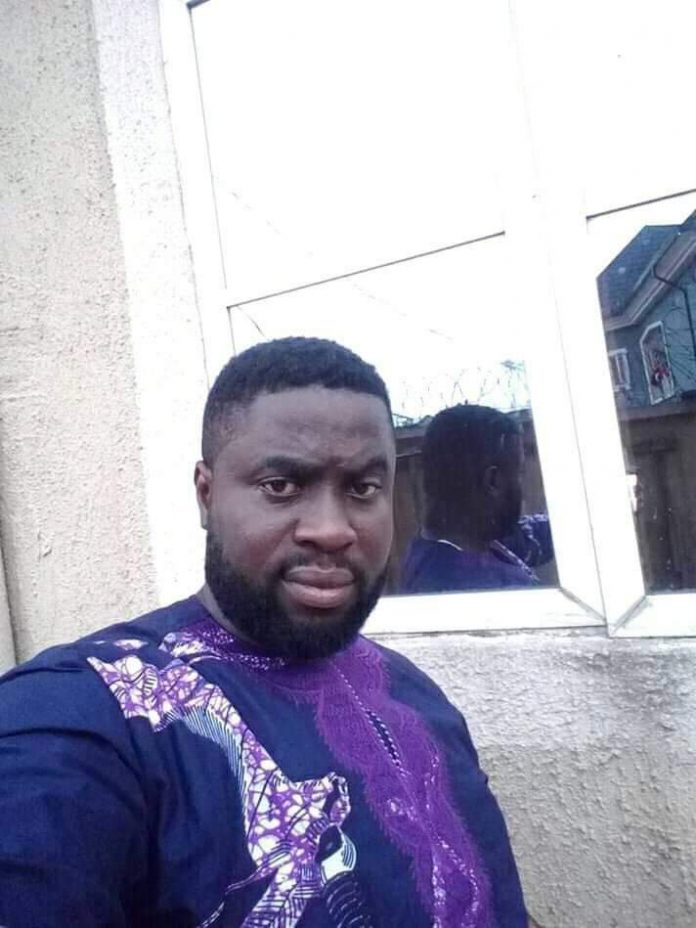 This is coming five days after soldiers also shot and killed a first year student of the Imo state University, Divine Nwaneri at a checkpoint close to the Imo State Government House, and as well allegedly shot dead a farmer who was carrying pigs in his bus.

The businessman it was learnt was stopped at the Amakohia Flyover at about 10 pm by soldiers who had barricaded the road.

It was equally gathered that the soldiers had allegedly demanded “Roja” from the businessman who was driving in his new car which he had just taken its delivery the same day. But that the soldiers angered by the inability of the deceased to comply with the “checkpoint rules” had allegedly spread his car with bullets killing him instantly and dumped his corpse.

The deceased eldest brother and spokesperson for the family, Tobechi Chigbu, narrated the incident to our correspondent.

He disclosed that Noel was shot dead the same day he took delivery of his new car, Camry, and was driving home after dropping his friend.

Tobechi further revealed that the deputy commissioner of Police in charge of operations in the state was the one who told the family that the soldiers said that they shot him because he “violated their checkpoint rule.”

He said “Noel is one of my siblings, He would have been 39 by May 18 but unfortunately, he was shot dead on the day he took delivery of his new vehicle. His corpse was dumped at FMC in Owerri by the soldiers who killed him.

The distraught elder brother of the deceased vowed that the family is going to make sure that the identity of the military men who killed his brother was identified and prosecuted.

“Noel is one of my younger brothers. He is the owner of Shawarma zone in front of Home Away Palace by Ukaigwe Hospital, Akwakuma junction, Owerri. He just finished dropping his friend who also does the same business with him in front of the Amakohia market. It was around 10 pm on Friday, April 30. His friend he dropped said that it was not up to two to three minutes he dropped him and left that he heard gunshots in the direction that Noel drove to and people including him scampered for safety. He didn’t know that it was his friend, my brother that was shot by the soldiers.

“His whereabouts became unknown as he didn’t return home that night. His wife became worried and started calling us. The number was ringing and nobody was picking it until about 5:30 in the evening the next day. One person picked it and said that he is a policeman that works in the control room at the state police command headquarters in Owerri and asked us to come.

“At first we felt he had a problem with somebody without knowing that the military men had killed him and dumped his corpse in a morgue at FMC Owerri.

On reaching the police command headquarters, my brother identified his new car and when we approached the car we found out the back window screen was shot. All the four tyres were shot and deflected. We also saw blood on the driver’s seat. Chika Chigbu, my younger brother immediate sensed danger.

“The front windscreen and all the window glasses were intact. Only the back screen was shattered with gunshots.

“When we got there they directed us to the deputy commissioner of Police in charge of operations. The DCP told us that soldiers brought the vehicle about 1 am on Saturday and dropped his phone, the car key and a bunch of keys, his house keys with the police.
He also said that the military guys dropped N5,400, belonging to my brother.

“At first, he said that the military men didn’t want to make any statement but the police insisted and reluctantly in a quarter-page sheet the soldiers wrote that the owner of the vehicle which is my brother violated their checkpoint rule and they shut and killed him. They also wrote that the relatives of the owner of the vehicle should be referred to FMC in Owerri if they come.

“The DCP asked us to go to the morgue and that we shouldn’t bother going to the emergency unit of the hospital. That was when we knew that he was dead. The DCP then handed me over the money, his phone and the keys and I took a photograph with him.

“At FMC, we went to the morgue but the attendant asked for a tally but we said we didn’t have any tally. We explained to him that we were talking about the person that was brought by the soldiers. They now took us to where the corpse was on the corridor after I had paid all the necessary fees. The military men who killed him refused to register him properly and the attendant said they were even threatening them.

“When we uncovered his body we saw two bullet holes at the back of his head and one bullet hole at the backside of his check region. The bullet is still in his body as we speak.”

Tobechi said that the family will demand justice for a slained brother from the Nigeria Army.

When contacted, the spokesperson of 34 artillery brigade, Obinze, Owerri, Capitan Babatunde Zubairu, said that he was not aware of the incident.

On a further inquiry, he said he would only be aware of the incident if the family makes any official presentation to the military.