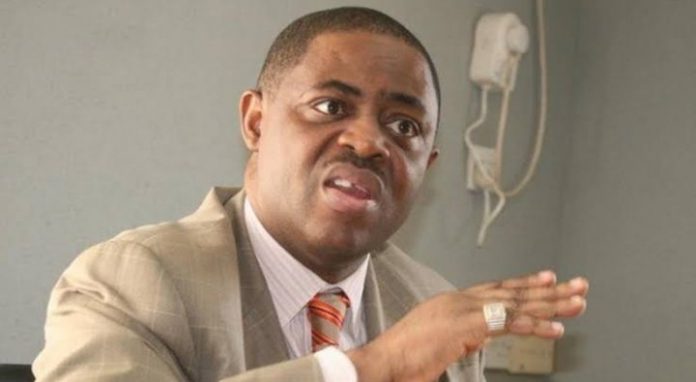 Former Aviation Minister Femi Fani-Kayode has thundered that Nigerians will not stop defending and protecting themselves from accursed foreign invaders.

FFK made it clear that in the quest for peace, no Nigerian will allow itself to be enslaved and subjugated or be anybody’s ritual.

The Yorubas and the Igbos have been agitating for secession over the incessant killing by Fulani herdsmen in the South. While the Presidency has maintained its stance for a unified country, it has done little to safeguard lives and properties of the people.

In a series of tweet on Tuesday, FFK further called for the unification of all Nigerians to fight the foreign and defend the people.

“We seek peace & not war but hear this. We will NOT go down without a fight. We will NOT vanish into the night. If those that are charged by the Constitution to defend & protect us refuse to do so, no force on earth or in hell can stop us from protecting & defending ourselves.

We will NOT allow these accursed foreign invaders and barbaric terrorists that have plagued and blighted our land to impose their will and have their way.
We will NOT be anybody’s ritual sacrifice. We will NOT go down quietly like lambs to the slaughter. We will NOT be meek& mild & allow ourselves to be liquidated, exterminated, subjugated or enslaved. We will resist the evil that seeks to wipe us off the face of the earth with all the might, strength& power that God has given to us. We would rather die than bow to their tyranny.

Call them bandits, killer herdsmen, terrorists, jihadists, janjaweed, cow-lovers or whatever you choose: these enemies of God & humanity that butcher & rape our compatriots & that pillage, rob & occupy our land must be confronted with the full force of the Nigerian people. For the sake of our children & our children’s children, we must ALL come together as one, defend ourselves, fight them & send them back to Niger, Chad, Mali or wherever they came from or better still send them to hell. There is no place for bloodthirsty terrorists in our nation.“