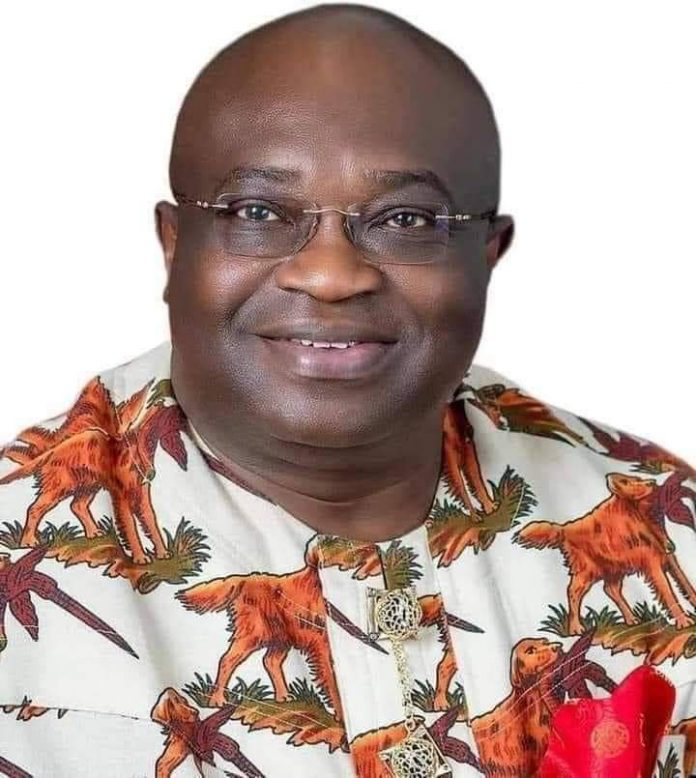 Governor of Abia State, Dr Okezie Ikpeazu, has congratulated five 2021 NYSC Presidential Awardees who are graduates of Abia State University, Uturu, for making the University and the State proud.

The Governor who stated this while receiving the management team of the university led by the Vice Chancellor, Professor Onyemachi Ogbulu who was in Umuahia to formally present the 2021 NYSC Presidential Awardees to him, commended ABSU for their commitment to producing the best and expressed joy that five graduates of Abia State University were among the one hundred and one Presidential awardees, adding that such feat could only be attained in an environment that promotes excellence and urged the institution to sustain the feat.

The Governor who announced cash awards to the five graduates maintained that the state is doing well academically and commended the awardees for embarking on impactful and life-saving projects which earned them the awards. He described them as future entrepreneurs and urged them to utilize the opportunities of automatic employment and furthering their education given them by the federal government to improve themselves more, academically first before seeking jobs.

Governor Ikpeazu who was represented by the Secretary to the State Government, Barr Chris Ezem, further assured management of ABSU of government’s sustained support and added that measures were being put in place to ensure security was beefed up at the university .

Presenting the awardees to the Governor, the Vice Chancellor of the Abia State University, Professor Onyemachi Ogbulu said the institution’s management team came to officially present the awardees who are Abians and also graduates of ABSU to him adding that the institution is committed to surpassing the high standard already set by the previous leadership of the university and lauded the numerous achievements made so far by the government especially in the areas of massive road construction, educational transformation, commerce among others. He appreciated Governor Ikpeazu for his financial and moral support to the institution.

Responding on behalf of the awardees, the overall best awardee, a graduate of the Department of Marketing, Anyaogu Onyinyechi Rejoice, expressed joy over the award and attributed the feat to the excellent foundation laid by the institution.

She appreciated the state government for providing an enabling environment for the institution to thrive, and the university for impacting the right skills in the students and vowed that she and her colleagues would remain good ambassadors of the school and state.