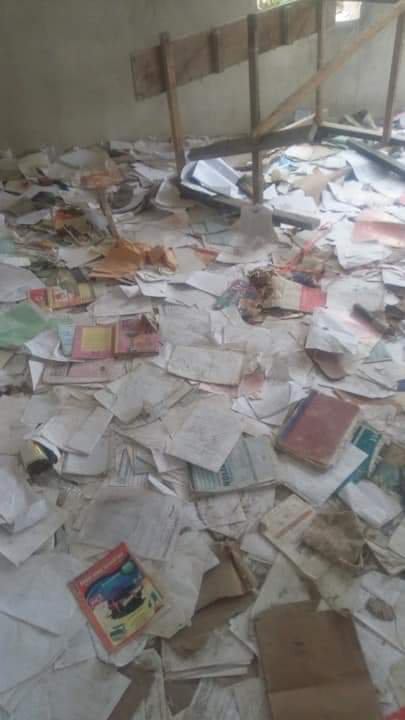 Following the killing of a job seeker, Iniubong Umoren, by a man, Akpan Uduak who pretended to be an employer, a journalist Bassey Ibiatisuho visited the suspects home in Uyo, Akwa Ibom State.

When Frank Uduak Akpan’s compound was visited on Thursday, it was discovered that Hiny was not the only victim of the dangerous family.

“So today work took me to the compound where Iniubong Umoren was allegedly murdered in Nung Ikono Obio in Uruan. I saw 12 shallow graves, countless number of school books bearing different names, dresses and shoes belonging to girls, bones and filthy bags.”

Ini Umoren was suspected killed by Akpan, his father, sister and girlfriend who ran the killing syndicate business with him on the 27th of April 2021.

Ini was invited for a job interview by Akpan but it turned out that he uses the method to lure innocent people to his home.

Ini informed her friend Happiness Akpan, who quickly shared it on social media when she sensed trouble through her friend’s one minute video.

Through social media, Akpan was tracked down but the police command in Akwa Ibom State stated that its policy was that a person has to be missing for 48 hours before he/she can be declared missing.

Unfortunately, after three days, it was discovered that Ini Umoren has been killed by Akpan and his family.

The suspect was arrested and currently in police custody.