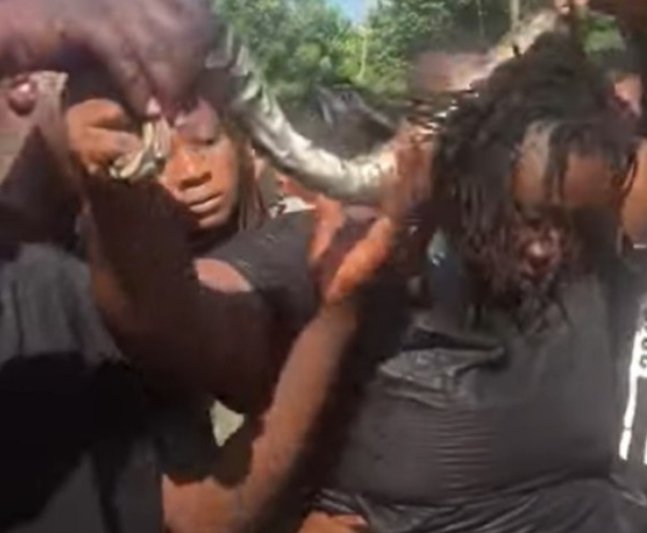 A Ghanaian woman was videoed putting a live snake in her late husband’s casket before his body was committed to mother earth.

In the viral video, the bereaved wife tied the snake to her neck as she spoke to her husband’s corpse.

Later, she removed the snake from her neck and placed it with her husband’s body in the coffin.

According to a background voice, the snake bit the deceased on his tongue killing him hence the wife decided to bury her husband with the snake that killed him.

It was also gathered that the deceased plays with snakes and one of his favourite pet snakes bit his tongue when he was trying to put it into his mouth.

Watch The Video As Obtained By NaijaCover Below: