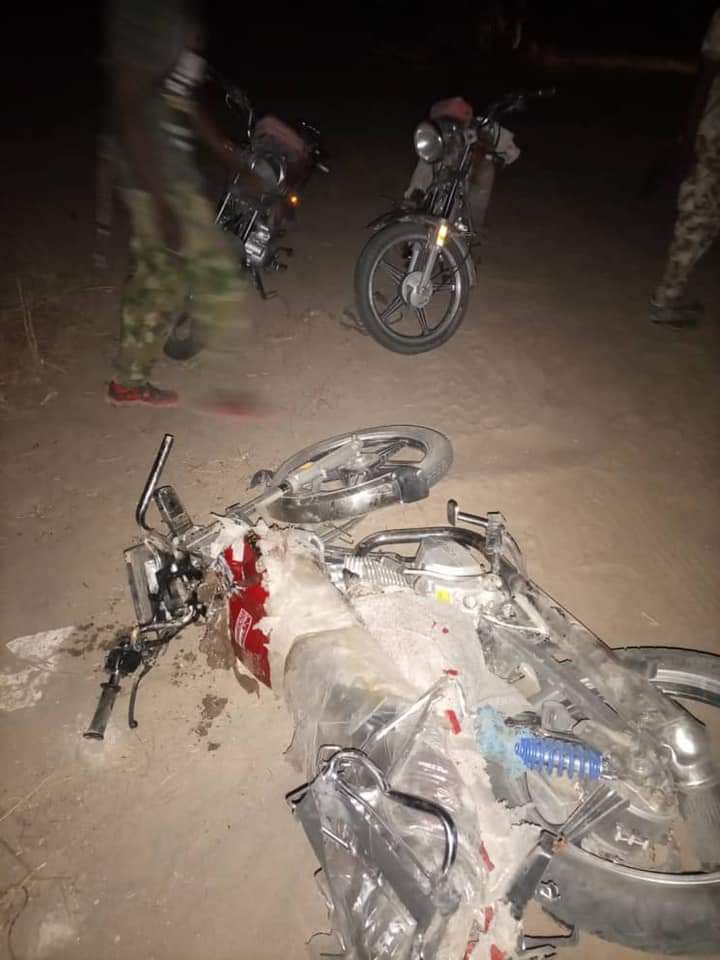 Troops of Operation HADIN KAI on Tuesday, 11 May 2021, foiled attempts by Boko Haram terrorists to attack the outskirt of Maiduguri, Borno State.

The terrorists who tried to advance from the Aldawari axis attempted to attack soft targets along with Jiddari Polo, were countered by combined gallant troops in conjunction with the Nigerian Police, Youth Vigilante and hunters leading to terrorist withdrawal in disarray.

Following a hot pursuit by troops, the heavy casualty was inflicted on the terrorists as nine of them were neutralized while many escaped with gunshot wounds. One Buffalo Gun Truck, three motorcycles, three Browning Machine Guns, a Rocket Propelled Gun and four AK 47 rifles were recovered from the terrorists. Other items recovered include one Improvised Explosive Device, sixteen 12V batteries among other items.

The Chief of Army Staff, Lt Gen Ibrahim Attahiru has commended the gallantry of troops and urged them to keep up the tempo of the operation.

Members of the public are requested to remain calm and are assured of security during the festive period and beyond.