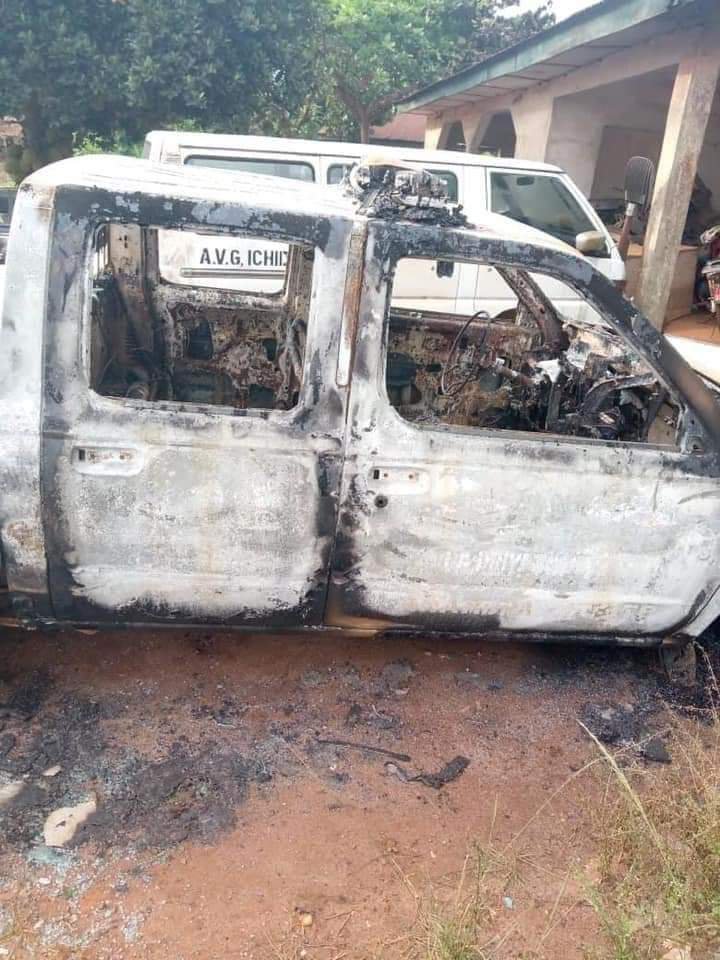 Police got intelligence that their stations will be attacked, rather than get proactive and fortify security around their facilities they evacuated their armouries and equipment and allowed the premises to be razed by an enemy they already knew and are aware of.

And I ask, where is the gallantry, where is alertness, how then can you protect the citizenry as demanded by your oath of engagement? Something is not right here.

I am not convinced, Uche gi dikwa ya,

Lagos state government said they got intelligence that IPOB is coming to attack, no reasons given and I wonder when Lagos became a Biafran territory? Neither have I heard the loud-mouthed supreme leader in all his propaganda, careless and unguarded utterances threaten to annex Lagos or any part of Yoruba land.

Is it a question of giving a dog a bad name in order to hang it?

The North Eastern part of the country has been plagued with insurgency, terrorism, banditry and kidnapping with thousands dying daily on the hands of these devilish creatures that have audaciously seized local governments, annex territories and mount their flags forcing locals to contribute money and food for their operations.

They have been attacking security facilities, releasing prisoners, sacking police stations and allegedly forcing the government into releasing cash or their arrested members in exchange for those abducted.

Insurgents have attacked state governors, government officials, abducted LGA chairmen and their families and even killed some of the unfortunate ones, in a local government in Bornu state they took about 77 elders to an abatoir and slaughtered them, they also killed over 300 farmers in one attack and burnt down villages, it has become a normal so it’s no serious crime after all they are prosecuting Jihad ask our our minister, Oga Pantami, and our revered and highly respected middleman, Sheikh Gumi

Security facilities and personell have been under constant attack over a period of time and till date no body has been arrested and the attackers have been allowed to roam freely and carry out their acts unchecked across the Northern region with thousands of policemen killed and so many others maimed with their families still in pains till date but FG haven’t found it necessary to declare a state of emergency in the north or punish the governors or even reprimand them for allowing insecurity to fester in their region but today the police authorities are punishing governors in the South East and Rivers State for not protecting the police facilities in their region.

Is this a case of selective amnesia?

Today Governors, Senators and public office holders from the South East have been striped of police protection reason being that they failed to protect the police and the facilities under their domain. Jesu” between the people and the police who should protect who?

Recently a National Security Council meeting was held in the villa where matters of increasing violence and insecurity across the nation but with special emphasis on the South Eastern region of the country and no South Easterner was in attendance, those that attended the meeting include:

And one of the resolutions reached at the meeting was the arrangement of a secret security strategy to tackle the rising wave of insecurity and attacks on police and security formations in the South East.

Akpugo anyi isi in our absence.

You get the point now.

Please Ndi Igbo especially the youths please be careful and law abiding, don’t buy into anybody charging you into undeserved death from a safe hideout in the name of self determination.

I support Biafra but I won’t subscribe to killings and arms struggle at this time of our lives, it’s too expensive we can’t afford it, not now.

Referendum is the way to go and God willing we will get there.