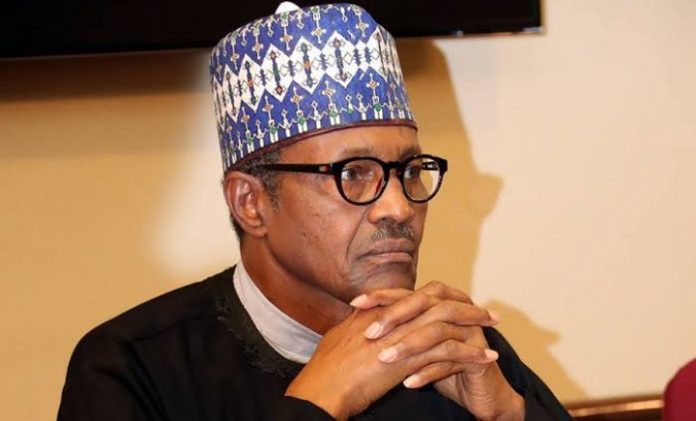 In the last few months, I’ve noticeably scaled-down the frequency and intensity of my social media involvement with Nigeria, and scores of people have reached out to ask why. The short answer is that I am suffering from a psychological phenomenon called outrage fatigue.

Late African-American civil rights activist Fannie Lou Hamer colourfully characterized this state of mind as being sick and tired of being sick and tired. It is instigated by sustained sensations of powerlessness, hopelessness, mental exhaustion, and cynicism, which ultimately lead to indifference and even compassion fatigue.

My outrage usually flows from a wellspring of righteous indignation over injustice, avoidably missed opportunities, elite cruelty, and preventable existential catastrophes. It is nourished by expectations that its forceful ventilation will jolt people to act and cause policymakers to make amends for the good of society.

That was what Pulitzer Prize-winning American journalist James Earle “Jimmy” Breslin meant when he said, “Rage is the only quality which has kept me or anybody I have ever studied, writing columns for newspapers.”

But outrage, rage, and even compassion are not permanent condition; they are intrinsically temporary. It’s impossible to keep your sanity while you are in a perpetually agitative emotional state. In other words, outrage fatigue is an unconscious self-defence mechanism. It’s the mind’s way to decompress and regain equanimity.

It’s bad enough when outrage changes nothing and when both the people on whose behalf you’re outraged and the people whose bone-headedness activated your outrage use you for target practice in throwing vituperative darts for daring to be outraged. But it’s worse when people pretend that the consequences of ignoring well-intentioned outrage are unanticipated.

Today, every section of Nigeria has enveloped in profound existential turmoil thanks to both the inability and unwillingness of the Muhammadu Buhari regime to confront the problems that afflict the country.

Boko Haram, which the regime used to brag about “technically defeating,” has now established a foothold in Niger State; several rural communities there now periodically pay the terrorist group millions of naira that they can’t afford just to buy fleeting peace. And Niger State is contiguous with the Federal Capital Territory. It’s only a matter of time before the group takes over Abuja.

This is in addition to daily and ceaseless mass deaths and abductions in almost every part of the country—and calls for dissolving the Nigerian union in the East and the West. Even for those of us who live outside Nigeria, the emotional toll is enormous.

But in several past columns, I’d warned about the dangers of allowing Buhari to come back for a second term. I warned that Buhari’s almost congenital incompetence and degenerative mental decline, not to mention the coterie of duncical babysitters that surround him and rule on his behalf, should cause the nation to not allow him to rule for a second term.

The persistence of my warnings caused the presidency to pressure Daily Trust to stop my column in December 2018, but the paper wrote a front-page comment this week lamenting the same things I prevised the nation of.

I foretold what is unravelling now since at least 2017. For instance, in a December 16, 2017 column titled “There Must be an Alternative to Buhari and Atiku,” I wrote: “Given Buhari’s provable incompetence and undisguisedly sub nationalist proclivities, which have plunged the nation to the nadir of fissiparity, allowing him to rule for another four years could sound the death knell for the country. This is no hyperbole.”

In an April 21, 2018 column titled “Buhari: From Criminalizing and Dividing Nigerians to Dissing Nigerian Youth,” I wrote: “If Buhari’s second term, which he appears poised to get, doesn’t end Nigeria as we know it, nothing ever will again.”

In an October 13, 2018 column titled, “Atiku’s Emergence and End of the Road for Buhari,” I observed that “There is no question that Buhari is the absolute worst president Nigeria has ever had the misfortune to be burdened with. He is thoroughly and irredeemably incompetent, not to mention unapologetically bigoted and lazy. Only a sick country would reward such a person with a second term.”

I ended the column with the following ominous words: “A Buhari second term will end Nigeria as we know it. Of that, I am sure.”

On November 19, 2018, Facebook update titled, “NextLevel: Follow Detached Leaders to Your Death,” which I later developed into a full-length column, I wrote the following:

“The creativity deficit in APC’s NEXT LEVEL campaign slogan and graphic is truly unnerving, but it powerfully encapsulates, without intending to, the frighteningly escalating sense of foreboding that a Buhari second term would mean for Nigeria. The photo shows Buhari and Osinbajo insouciantly detached from the people they are leading. Buhari appears as a clumsy, clueless leader who can’t even get his steps right: unlike Osinbajo, he skips a step on the staircase as he leads Nigerians to perdition.

“Both the leaders and the led wear sheepish, vacuous grins as they head to their damnation like moths to a flame. The photo shows them climbing up the edge of a cliff from where they’d fall into the cruel, unforgiving blue ocean that surrounds them. This is a depressing graphic, but I give it credit for its fidelity in capturing the ruination that Buhari is inexorably leading Nigeria to.

“The ‘NEXT LEVEL’ slogan is also a powerful linguistic affirmation of the depressing future the graphic evokes. There’s no question that Buhari’s record as president these past three years has been an unrelieved disaster. Nigeria now leads the world from the bottom in almost everything. Insecurity used to be limited to the northeast, but it has now become democratized nationally. Prices of commodities have gone through the roof. Governance has ceased. Governing boards of several federal agencies are still not constituted, which means the nation is literally at a standstill. The economy has tanked, and everyday folks are writhing in unspeakable agony, but the president bragged about never being in a hurry to do anything.’

“Imagine what the ‘next level’ of this would be. That’s what the Buhari campaign is warning you about.”

In a December 15, 2018 column titled “Death of the Electoral Bill and the Coming Electoral Theft,” I said Nigeria and the world “can’t afford the tragedy of a war-torn Nigeria, which a Buhari second term will surely precipitate.”

In another update, I wrote: “Buhari isn’t even misgoverning; he isn’t governing at all. I call it ‘ungovernance.’ Buhari is by far the worst president Nigeria has ever had since independence. And I don’t say this lightly. His second term would signal the death of Nigeria as we know it.”

There are several such warnings littered liberally in most of my columns and social media interventions before the 2019 election. Of course, as l always remind my readers, I have no prescient or oracular powers. No human being does. But every perceptive person can make informed predictions based on a knowledge of the past and the present.

It was always easy to see that a Buhari second term would spell doom for the country, democratize bloodbath, and push the country to the edge of the precipice. No one deserves admiration for knowing this.

A popular leftist American bumper-sticker slogan says, “If you’re not outraged, you’re not paying attention.” Well, I am paying attention. It’s just that I have reached the elastic limit of my outrage because Nigeria’s current tragedy is self-inflicted, predictable, and preventable.