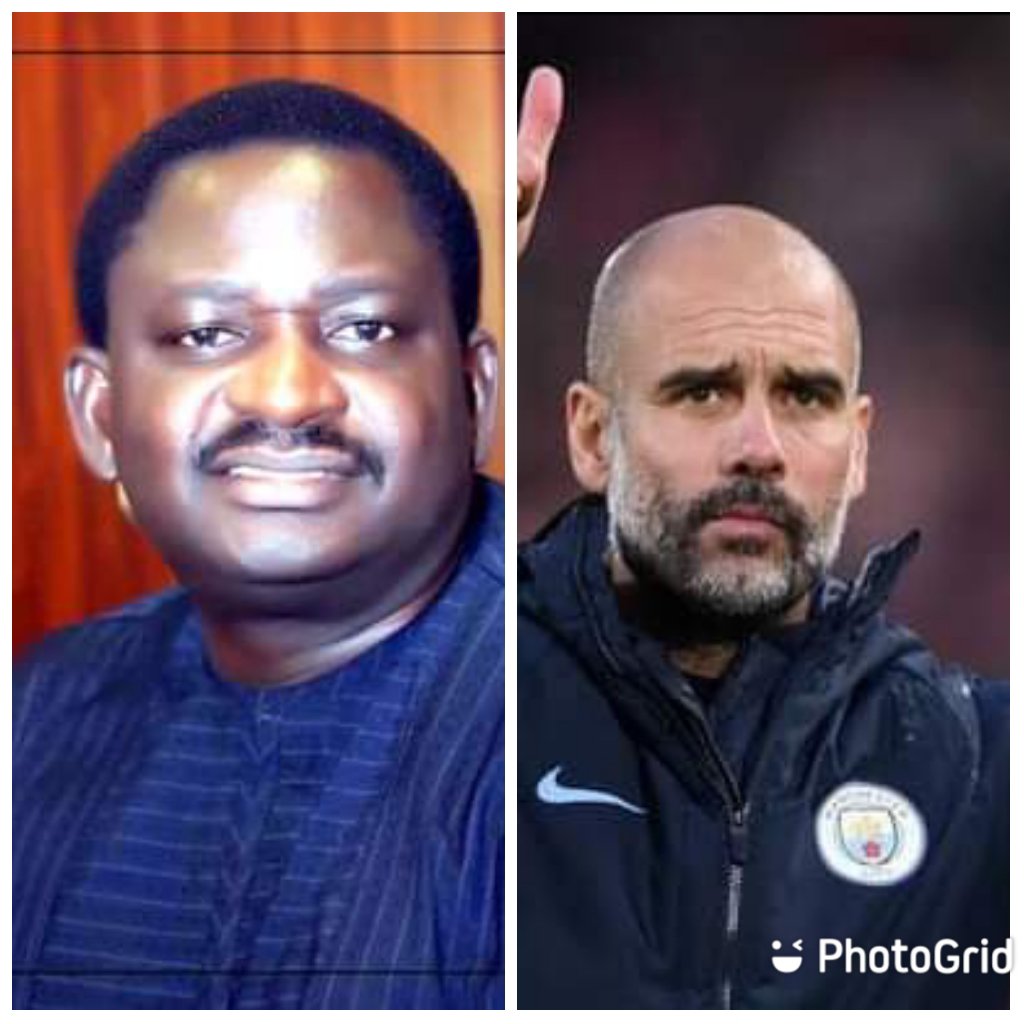 LESSONS FOR NIGERIA FROM EPL

Manchester City football club was on Tuesday confirmed winner of the 2020/2021 English Premier League (EPL). For those who follow football keenly, whether it is played in the dusty fields of Ajegunle, in Lagos, the La Liga in Spain, Italian Serie A, German Bundesliga, or EPL, this was one pulsating season, filled with excitement, despite the absence of physical spectators, due to the ravaging COVID-19 pandemic.

As someone who gets his kick from football (from what do you get your’s?) the fact that Manchester City got crowned champions three games to the end of the season after Manchester United lost 1-2 at home to Leicester City, holds great significance even for our country, and what she is currently passing through. Unique lessons can be drawn, which can inspire us as a people.

Since it was established in 1880, Manchester City was winning the League for the 7th time. Incidentally, five of the victories were in the past 10 years. Three of them are in four years, under the current coach, Pep Guardiola.

Eight weeks into this season that ends in another two weeks, Man City (as the team is popularly called) was Number 13 on the EPL table, which consists of 20 teams. And 38 games were to be played to complete the cycle.

Fans of the team were already hissing and cursing. Their opponents were gyrating and doing a jig, saying Man City was doomed for another season.

Recall what happened in the 2019/2020 season. Man City was eyeing a treble. Three back-to-back seasons as champions, and a record in English football. But the adversaries knew the record that was to be set, so they arrayed themselves against the team. Just as some forces knew the record that was to be achieved by Muhammadu Buhari as Nigerian President, and which he had begun to show since 2015 when he got into office, and they positioned against the government.

Every team, big or small, strong or weak, set its sights on Man City last season, flexed muscles, summoned superhuman skills and strength whenever they were meeting the champions attempting a treble. The result? Man City finished a distant second behind Liverpool, which had emerged like a thundering typhoon, to win the laurel admirably.

The lesson? When you are high-flying, the centrifugal forces will come against you, and it would only take the grace of God for you to attain. Yoruba people call those forces Aiye. When Aiye is on your case, as it was against Man City, and it is against the Buhari government, you need God, and God alone. Aiye (meaning ‘the world,’ if freely translated) is the negative part of mankind. The pernicious, baleful, sly and scheming part of humanity. If Aiye gets on your matter, you need God and God alone.

Man City failed to make record last season. Because Aiye was there. Liverpool shot out like a bolt from the blues, and won the league for the first time after 30 years. It won new adherents to itself from different parts of the world. Buhari Amazon, Jewel Ifunaya Chika, was one of them. She simply ported from Manchester United, which she had been supporting for years, and pitched her tent with Liverpool. More about that team later.

Man City failed to make record in 2019/2020 season. Aiye was in full force against it. And the 2020/2021 season was initially not looking promising either. Eight weeks gone, the team was placed 13th on the table. It had lost 2-5 to Leicester City at home in Etihad Stadium, Tottenham drubbed it by two goals, played draw with teams that couldn’t hold a candle to it in the past, and was generally forlorn and limp. Aiye was having a ball, laughing Man City to scorn. Aren’t they doing the same thing against the government in our country today, due to unrelenting security challenges, some of them possibly instigated by Aiye themselves?

But in November, the table turned for good for Man City, just as it would inexorably turn for Nigeria soon. The team beat Burnley by five goals to nothing, and it was the beginning of the turnaround. The victory came after victory, to the extent that the team was unbeaten in 21 consecutive games in the different competitions it was involved in. From the ashes, the Salamander had risen. Fire could not consume it, and today, Man City are champions, the fifth time in 10 years.

Who says Nigeria will not rise from its current travails? Who says Aiye will always win? Not where God is involved. And God is involved with Nigeria, our own dear native land. Under President Buhari, peace and security would be restored. The economy would rebound. Life would be abundant for the people , and Aiye would be left standing small, holding the rump of the flag of a country it thought had gone into oblivion. The winner takes it all, the loser standing small (apologies ABBA).

It was not glory ride for Man City all the way, however. It lost other crucial matches to Man U, newcomer Leeds United, and Chelsea. But did that alter the destiny for the season? No! Nigeria will also attain her destiny, and soon too. Amen, somebody!

Still on the EPL, vital lessons too from Liverpool, the darling of the last two seasons. It first won the European Champions League, and then the Premiership. The team was simply radiating, making conquests and winning new followers. Till Aiye stepped into her case.

Liverpool, which won the league last season by a wide margin, has been struggling in a pitiable way this season. It is exerting itself so strenuously, not for number one or two positions, but to end in number four, and book a place in the Champions League. What happened? Aiye went after the team, the way it did to Man City when the team was to set a record. This season, Liverpool has lost not less than eight games, most of them at its Anfield home, back to back. And to comparatively lowly teams. It was humiliated by Fulham (now gone into relegation), Brighton, Burnley, Southampton, and other minnows. Not to be forgotten is the 7-2 shellacking last October by Aston Villa, and the 4-1 pounding by Man City in February. Thy glory oh Liverpool is slain upon the high places. How are the mighty fallen! Just because of Aiye.

Liverpool crashed out of the Champions League, losing to Real Madrid, which Chelsea came to beat home and away. On the day it was poised to change position on the league table, making a 4th placement sure, it was leading Newcastle till the very last minute of the game, when it suddenly crumbled. The opponents drew level in the 95th minute, the very last seconds of added time. Aiye in action.

Man City bounced back from the ashes to emerge victors. It has won the Carabao Cup this season, and may win the Champions League on May 29, if her luck holds. Liverpool would be back someday soon. Just as Nigeria would confound the enemies, and it would happen under Buhari’s leadership. The Good Book has said it, in Micah 7:8: “Rejoice not against me, O my enemy: when I fall, I shall rise again.”

Man City rose. Liverpool will rise. Nigeria will rise. And Aiye would lose. And fall flat on its face.
I can hear the Amen.