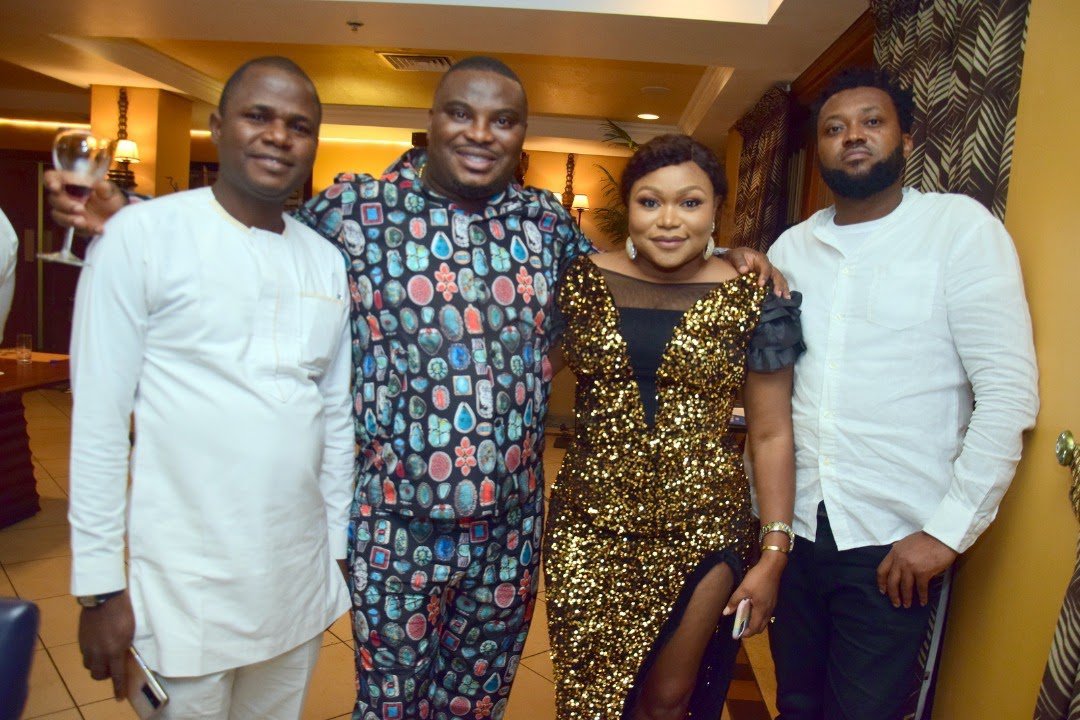 Lovers of quality television entertainment are in for exciting moments of their lives as KeduTV streaming service was introduced to a select group of top industry practitioners, stakeholders, celebrities and others at a meet and greet dinner party at the exotic Federal Palace Hotel in Victoria Island, Lagos on Sunday.

At the interactive event, CEO of KeduTV, Mayor Lucky Igbokwe (Don Lulu) said that the streaming service was his contribution to further the growth of an Afro-centric entertainment to the world, purposely designed to benefit all stakeholders in the creative industry.
He said KeduTV will meet and surpass the aspirations of content producers and users while remaining different and pocket friendly from other services on offer.

In his own words, KeduTV is for us, by us.

The gathering had top Nollywood and showbiz practitioners such as award-winning comic act Okey Bakassi Macanthony, Ruth Kadiri, DJ Jimmy Jatt, popular Veejay Adams, Actor Enyinna Nwigwe, Gideon Okeke, Udoka Onyeka and Nneka in attendance.
Others include Prince Edward, Prince Ugo Mike Enwerem, Kim Oprah, Olisah Adibua, Avalon Ekpe and many others.
Chief Charles Ndudim was the compere of the evening.
They all agreed that the streaming service is not unique and timely but a veritable platform for content producers, advertisers and consumers alike. They enjoined everyone to come on board the service.

He said KeduTV is fast growing in other parts of the world and on the same level as other streaming services such as Netflix, Amazon Prime, Hulu and HBO Max.

“As a KeduTV Channel subscriber, you’ll be able to stream your favourite content from the comfort of your very own couch to the confines of public transportation using any one of the supported devices; Samsung Smart TVs, KBox, LG Smart TVs, Fire-stick, Roku Player, iOS and Android Applications. These devices feature the KeduTV Channel streaming platform that is easily downloadable” he offered.

With a company slogan of “We are Bridging Borders”, the aim is to bring borders together by entertaining and educating the world about Africa’s lifestyle using technology

The formal launch of KeduTV will soon be made public.