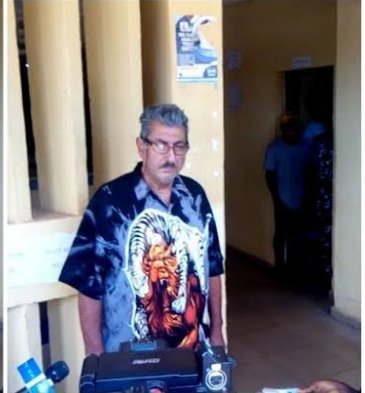 There was a high tension on Thursday, May 14, 2021, at the Abattoir community, Jos South Local Government Area of Plateau State as residents, mostly women and young girls protested the alleged sexual molestation of about 14 young girls in the area by a Lebanese identified as Simo.

The alleged molestation, the protesters claim, has been ongoing for years without anything being done but when the man was eventually arrested and handed over to the Police, he was said to have been released from the Police station hence the protest.

It was gathered that the Lebanese was arrested and handed over to the Police on Thursday after the parents of two of the minors in the community reported that their children were sexually molested. Apart from the two girls, 12 more girls also confessed that they were also at different times molested by the suspect whom they said did unprintable things to them.

The protesters called for justice to be served and appealed to Government, NGOs, and Civic Society Organizations to intervene so that the issue is not swept under the carpet like previous ones.

A protester in a chat said: “Since when I was little, I heard about this man that he uses little girls to do blue film but we never took any action but thank God this case came up yesterday (Thursday). Parents of the girls went to the Police station to report. We want justice to be served. The man was arrested but now what we hear is that he has been released.”

However, the command’s PPRO, ASP Gabriel Uba, said Simo hadn’t been released but transferred to the state CID. Meanwhile, residents took to the suspect’s house and reportedly burnt it down.